Mozilla has released a new update to Firefox, version 48, which ships with the long awaited Electrolysis feature. Electrolysis is Mozilla’s old project, initially announced in 2009, aimed at bringing multi-process support to Firefox. 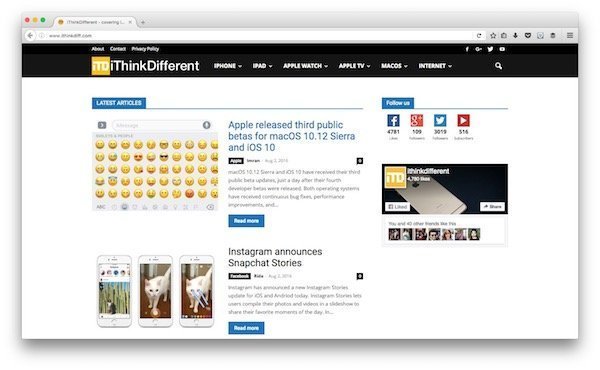 Multi-process separates the user interface process from the content process which means that any responsive website should not bring down the whole browser. This is how Google Chrome has always worked since it launched and also the direction Microsoft’s Edge and Apple’s Safari took. However, Firefox still has some way to go before it can achieve complete process isolation like Chrome. Per-tab processes, sandboxing and isolated processes for add-ons are planned to be introduced before the end of this year. 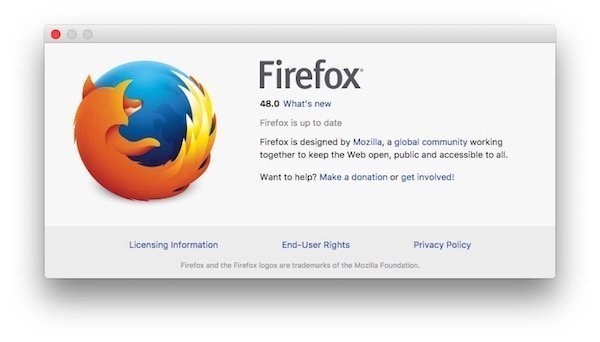 How does all this impact the end-user? Browsing, tab switching and just about anything you do with Firefox will be faster and more responsive now.

Other updates in this releases include tweaks to the awesome bar so when you type in something, you get a lot more suggestions than before, including open tabs, bookmarks, search suggestions and history. The results are lightning fast so they make it quick to jump to your required destination on the Internet. Then new update also takes advantage of Google’s Safe Browsing service to scan your downloaded files. The browser notifies you when it finds any unsafe downloads.

Due to security reasons, Firefox 48 will not support older versions of OS X anymore. Firefox 47 was the last release for OS X 10.8 Mountain Lion and older versions. OS X 10.9 and newer versions will continue getting Firefox updates. Mozilla has also enabled its implementation of WebExtensions which aims to make writing extensions easier for Firefox. WebExtensions also forces all extensions to be compatible with Electrolysis. Expect WebExtensions to be more stable than ever before because Firefox will not load add-ons that are not signed and verified by Mozilla.

Mozilla will be rolling out Electrolysis gradually to Firefox 48 users. With a user base of 500 million, it might take some time before it is enabled for everyone. To see if multi-process support is enabled for you, type about:support in your address bar and press enter. Search for Multiprocess Windows in this tab and you should see the following:

If you are one of those users who do not see it enabled, you can manually enable it by going to about:config and modifying the following tweaks:

Go to about:support again and you should see Multiprocess Windows enabled.

With version 48, Firefox is finally on its way to becoming a modern web browser and should be able to give tough competition to the likes of Chrome, Opera, Safari and Edge.