The beta version of Flash 10.1 was released about a month ago and now Adobe has released Flash 10.1 for mobile platforms. It will work on many  devices like Android (2.2+), BlackBerry, webOS, future versions of Windows Phone 7, LiMo, MeeGo and Symbian OS. 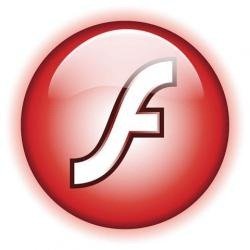 The beta of Flash 10.1 was available on earlier builds of Android 2.2 . Flash 10.1 will be readily available for download when Froyo is released to the public. We still have no news when Froyo will be made public although a lot of Nexus One users have upgraded already. Froyo will be available for many different devices which include Dell Streak, Google Nexus One, HTC Evo, HTC Desire, HTC Incredible, DROID by Motorola, Motorola Milestone and Samsung Galaxy S.

Here is the list of content providers Adobe has lined up with, who will make applications with Flash 10.1.

Looks like Adobe is taking a huge step with its new release of Flash 10.1. It will provide some new gaming option for users but also almost all online Flash video will play on these compatible devices. Although, we know Flash has been totally rejected by Apple and they call it a technology of the past. Will this release of Flash 10.1 prove Apple wrong by providing good performance and experience to Android users? We have to wait for the release of Froyo to find out.