The most anticipated event of the year, Rio 2016 will kick off today, Friday, 5th August, 2016 in Rio de Janeiro, Brazil. Twitter, Periscope, and Vine have released special features, so their users have all the necessary tools to support and follow their nation or favorite teams.

Twitter has released special hashtags, formed official accounts and created emojis for users to join in the Olympics spirits and keep an eye on all the action during the games starting from this Friday to 21st August.

Twitter understands that fan’s support of their nations, favorite teams and athletes will not be complete without emojis. Therefore, in a few days, Twitter will release 207 country flags emojis, 50 Olympics and sports emojis, and an emoji to support the Refugees Team.

‘Twitter Amplify’ will make Video highlights of the events throughout the Olympics available for audiences in United States of America, Brazil, Germany, France, Japan, and Australia. More countries will soon be added to the list.

Users can also stay abreast with the latest Olympic updates by following participating athletes, who are on Twitter.

Using the Twitter app, iOS and Android users can follow Olympics-related accounts by tapping on the Connect tab.

Exclusively for the summer Olympics, Twitter Moments have formed a Rio 2016 section, so users can easily follow everything related to their home team till the end of the event.

Furthermore, users can read tweets on their favorite sports and events in their timeline by following them. If by any reason users did not get to see a day’s events, via Recap Moments they will get to see results, highlights, medal counts and more.

Periscope (live video streaming app) and Vine (video sharing app) will bring fans closer to the games in their capacity.

Exclusively for Olympic Fans in Rio, Tweets from around the globe will be projected live on Rio’s aqueduct Arcos da Lapa. 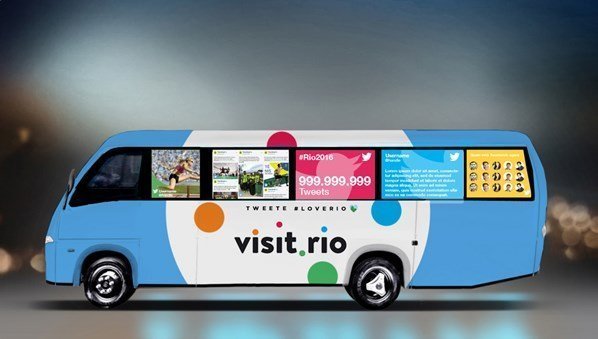