When users search for the HEVC codecs on Microsoft Store, they will see the official codec for $0.99. There are two codec packages available on the store, both identical to each other, but one costs users a bit of money, while the other doesn’t. 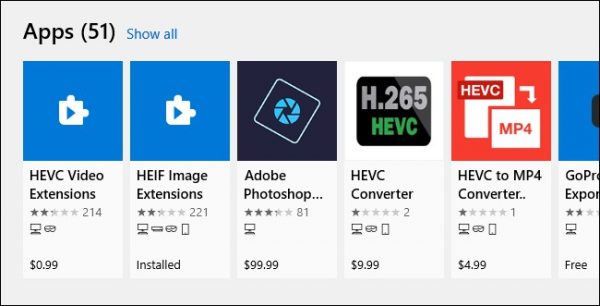 The free version is the ‘HEVC Video Extension from Device Manufacturer’ package. This package is identical to the paid package. Download it by following these easy steps:

For later Windows 10 version v1809, Microsoft added the codec as an add-in which installs itself when users check for updates after booting up the system. The codec will not auto-install on previous Windows versions and users can follow the link provided to manually install it on their PC.