Game of Throne’s season 7 will commence on Sunday, 16th July and as expected, the show is being promoted through various ingenious and eye catching ways. Just a few days ago, HBO released an exclusive ‘White Walkers’ limited time Snapchat filter, and the Night King rode around London with his cold un-dead soldiers. Short humorous videos of different actors on the show like Kit Harington and Emilia Clarke, who are famously known as Jon Snow and Daenerys Targaryen, have already gone viral on social media. On Thursday, Google got into the action and published a list of Game of Thrones locations which is a visual collection of the show’s filming locations viewable via Google Maps.

This collection is uploaded as a library of panoramic images to Google Earth and Google Maps by Google’s Street View team, so that fans of the show can view and explore various Game of Thrones locations. The compilation provides a preview of all the famous places occupied by the three dominant families in the Seven Kingdoms: Lannisters, Starks and Targaryens. More interestingly, Google’s blog gives filming facts to educate the fans on how many locations are used to film a scene. 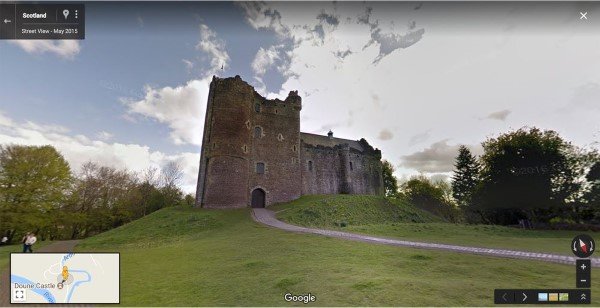 In Google Maps, you can view and explore Starks’ Winterfell, Forest near Winterfell, FrostFang Mountains, Citadel Grand Library, King’s Landing, Dragonstone Beach, Water Gardens of Dorne, House of the Undying, Arena of Meereen, The Long Bridge of Volantis, Dothraki Sea and more. You can also relive Cersei’s walk of shame from season 6 by visiting its location.

With season 7 being the second last season of the series, fans are expecting wars for the Iron Throne to be epic and extremely dramatic. In the coming weeks, as soon the first episode of the series airs, we will witness fan’s obsession with the show everywhere. Theories, predictions and memes for Game of Thrones will flood social media. In light of the craze, Google’s collection of GoT locations will serve as a way to virtually experience the places this epic story unfolds at. The list may also be used as a planning tool to travel to these beautiful locations.