Geohot’s latest PlayStation 3 jailbreak made Sony so furious that they filed a lawsuit against him asking courts to block all his publications regarding PS3’s jailbreak code and remove his published work from all over the internet. Yesterday, Geohot was interviewed live on G4’s Attack of The Show regarding this lawsuit. Kevin Pereira from G4TV talked to George about his work as a hacker, Sony’s lawsuit and his plans for other gadgets. 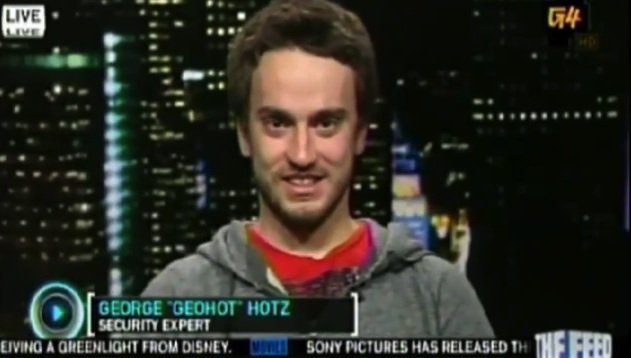 Check out this very interesting 5 minute interview footage in which Mr. George Hotz (aka Geohot) discusses jailbreaking the PS3 console on G4TV:

In case you do not know who Geohot is, he is one of the most popular hackers in the scene nowadays. He started off by being the first person to jailbreak the original iPhone and was involved in providing jailbreak tools for later models as well. After iPhone, he ventured into jailbreaking PlayStation 3 to provide users more access and control over what they can do with their console. As PlayStation 3 is Sony’s intellectual property, they were not happy with this and sued Geohot to stop the spreading of the hacks authored by Geohot. One of the main reasons behind this could be that his hacks made it easy to pirate games. Users could simply rip games from DVDs and install them on the console without much difficulty.

Sony has countered this by providing patches to close out the loopholes and vulnerabilities in PlayStation OS and disable any security and piracy concerns. While you cannot blame Geohot for allowing full control over hardware bought by users, the implications are far more than just having freedom to do whatever you want with your purchase since copyrights and IP come into play.