About a month ago we heard some rumors that Google will launch their version of a tablet computer soon which will have Android OS in it. Now, it looks like Google and Verizon are working together on an Android based tablet which will compete with Apple’s iPad. Verizon CEO revealed their plans to The Wall Street Journal in an interview.

“What do we think the next big wave of opportunities are?” We’re working on tablets together, for example. We’re looking at all the things Google has in its archives that we could put on a tablet to make it a great experience.” 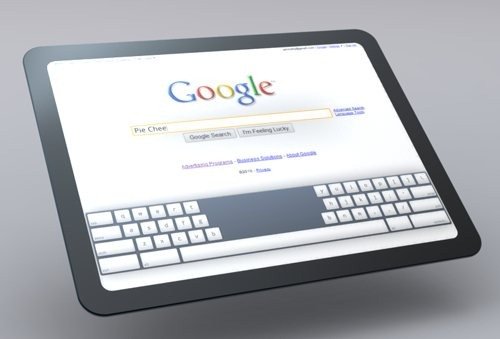 If Bloomberg is to be trusted, this tablet will definitely run on Android. But we know nothing more about this device except the OS bit. It is expected that further details of this device will be revealed next week at Google I/O. We’re sure Apple would be closely watching this event, since Froyo is also expected to be unveiled at the event.

It will be interesting to find out more details about this tablet as Apple’s iPad has positively made its mark in the tablet computer market. HP was supposed to launch their tablet with windows 7 this summer but they have cancelled this project and are supposed to come back soon with a new tablet running WebOS. Other tablets like We-Pad and Joo-joo haven’t been able to impress many people either. Lets hope this tablet effort by Google and Verizon will have enough in it to give some competition to the iPad.