The iPad was launched just a some time ago and was able to sell 450,000 within a few days. Another tablet, Joo Joo was also launched just a few days ago and sold less than 100 units worldwide. We also know that HP will be launching their Slate PC soon, possibly in July. Microsoft is also rumored to be working on Courier, their own version of a tablet pc. After all this, why would Google be left behind? They’re expected to join the tablet wars soon with their own version of an Android slate computer. 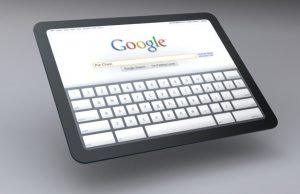 Eric E. Schmidt recently told at a party in Los Angeles that Google will soon launch theirtTablet PC running Android. He also told that the company is in discussions with publishers for delivery of books , magazines and other content.

Along with this, another news is that HP is also working on another 6 inch tablet with Android operating system, nicknamed as “the half-pint”. With all these tablet news, one thing is for certain that the iPad has made its impact. It will be interesting to see what Google comes up with that in the tablet wars.