The new Google Chrome 91 update has received a massive performance boost due to a new Sparktplug compiler and short builtin calls. The update also allows Tab Groups to be frozen when collapsed to free up system resources and allows installed PWAs to be started with the operating system. The update is now available for Mac, Windows, and Linux, with the improvements also available for all these platforms. 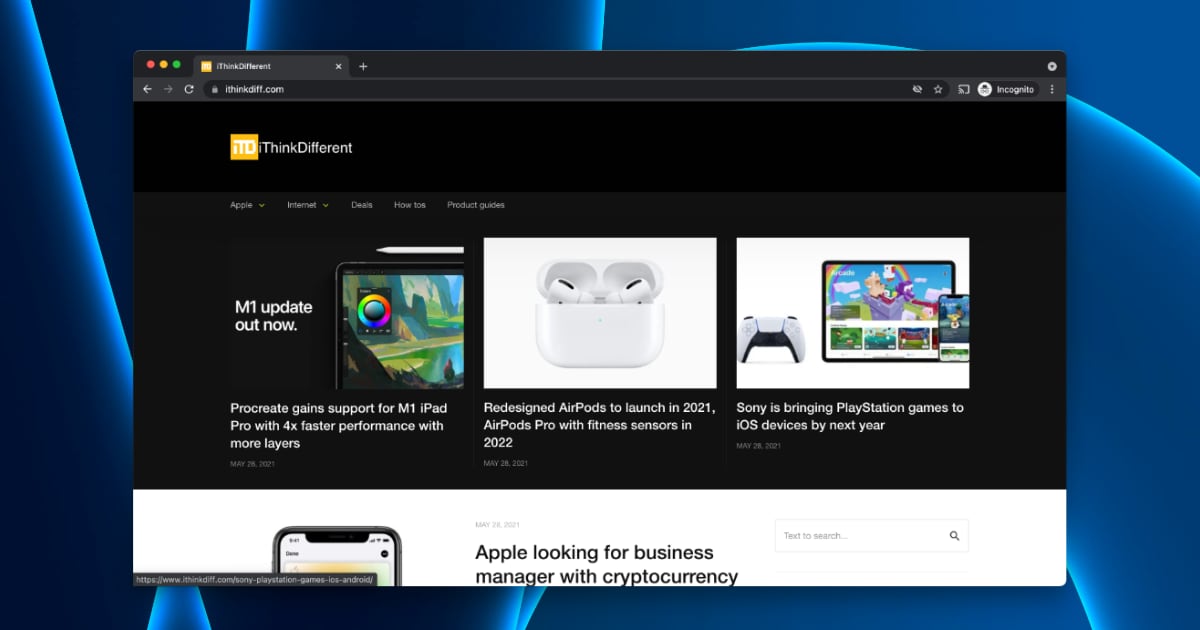 Google’s V8 dev blog goes into more details on the M1 chip’s architectural limitation, and how there is a performance penalty if indirect calls are not within the call target because of the M1 chip’s large re-order buffer.

While on ARM64 the architectural call range for direct calls is limited to 128 MiB, it turns out that Apple’s M1 chip has the same microarchitectural 4 GiB range limitation for indirect call prediction. Indirect calls to a call target further away than 4 GiB always seem to be mispredicted. Due to the particularly large re-order buffer of the M1, the component of the CPU that enables future predicted instructions to be executed speculatively out-of-order, frequent misprediction results in an exceptionally large performance penalty.

Short builtin calls help with ensuring that any builtin functions are copied into the same memory region as JavaScript code generated by the V8 engine. This helps with performance improvements by as much as 10% in some benchmarks on M1 chip-based Macs.

Along with these performance improvements, Chrome 91 also freezes Tab Groups upon collapse which helps free up system resources. Tabs that play video or audio are not frozen. Users can also configure installed PWAs to start when the operating system starts, allowing them to access their favorite apps faster.

Lastly, Chrome 91 also features a bunch of security and privacy-focused improvements across all platforms.