Just before the launch of iPhone, the guys from iFixit showed us that the screen of iPhone 4 would easily break if it falls from an average height. iFixit have again showed, after the launch of iPhone 4, that it is easily breakable. This problem was highlighted by many other people too. After its launch in Australia. a 22 year IT student named Steven from Melbourne bought an iPhone 4 on the first day of launch and within hours he dropped it on concrete and smashed the screen after the device slipped from his hands. 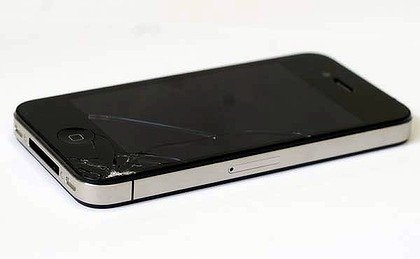 Apple claims that glass of this iPhone 4 is much more resistant than of previous generation of iPhone and they compare it to a helicopter windshield. But these images of the cracked iPhone 4 do not show this.

Users of iPhone 4 will have to be lot much careful of dropping it because the glass repair of iPhone 4 is much more expensive than of iPhone 3GS and 3G. You can not claim warranty if the phone is broken like that. Steven gave his device for repair the same day and it cost him $199 while the same damage for iPhone 3GS or 3G would have cost him $129 which is quite less. 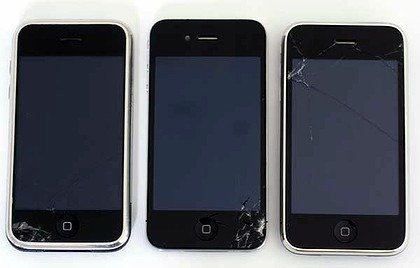 McCredie who repaired the device said:

Repairs are likely to remain more expensive than for iPhone 3G and 3GS as the front glass and touch sensor are laminated to the LCD and cannot be replaced separately.

Apple talk about “aluminosilicate glass” on their website which is used for iPhone 4. It is chemically strengthened to be 20 times stiffer and 30 times harder than plastic but still that glass breaks down if it falls from average height.

We feel sorry for the guy who had to spend more money for repairing his iPhone on the very first day. He also said he that he has dropped his BlackBerry phone just like that before but it never broke down.

I kind of regret not putting the cover on straight away but I didn’t think it would shatter like that, I just thought it would be a small scratch.

It’s not even as durable as a BlackBerry – I drop the BlackBerry all the time but i’ve never seen something that’s shattered this quick.