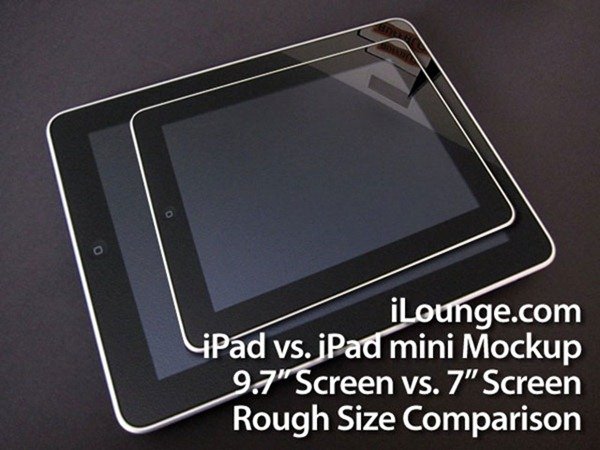 These rumors might sound weird but iLounge has a pretty good track record. Take these with a pinch of salt though as with every other rumor.

According to them, Apple will be unveiling 3 new iPods which include an iPod Nano, and iPod Touch and a small 1.7” touch screen replacement for iPod Shuffle. The iPod Touch might also get a smaller 3 inch touch screen.

A new 7 inch iPad is also going to be available by the end of this year or early next year. According to 9to5Mac, these new smaller iPads will have Retina Displays and a high density resolution of around 1500×2000. We’ve heard the smaller iPad rumor before too.

iLounge also says iPhone 5 might be launched as early as January next year. This is hard to believe but they think that it might be a re-release of the iPhone 4 to fix the antenna issues. It might happen or it might not. We can only wait and see.

iPhone 4 bumpers will get cheaper. Here’s what iLounge says about them:

4. iPhone 4 Bumpers, Generations 0 and 2. To reduce the cost of the current iPhone 4 Case Program, the company is currently working on a less expensive all-silicone version of the Bumper to give away after September. Our source says that the original, unreleased version of Bumper had more hard plastic than the final version, and claims that Apple was considering giving Bumpers away with every iPhone 4 before deciding to take its chances with the bare device. The question is whether the Bumpers were originally intended for glass protection or antenna coverage, and why Apple developed them in the first place.

These are a lot of rumors to digest in one go. Some of them are really difficult to believe and don’t even make sense. So, as we always say in Apple’s case, time will tell. Or until John Gruber has a word on this.