We have been hearing rumors since months about Apple launching an iPad Mini in the latter part of this year. Yesterday, iLounge also reported that Apple is working on 7 inch iPad and it will be available later this year, probably in time for Christmas holidays. According to 9to5Mac, this mini iPad will have a Retina display with a high density resolution of 1500×2000. Macstories has some interesting findings which hint at the possibility of an iPad mini with a Retina display. 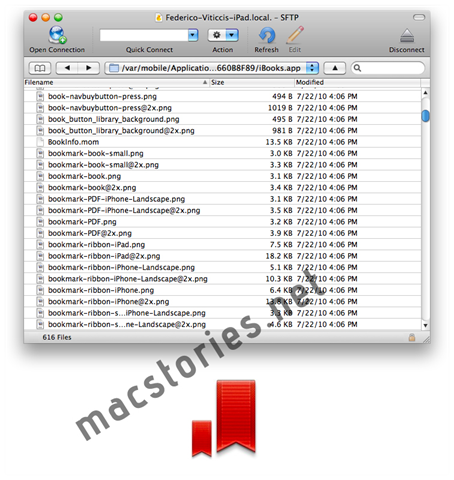 Compared to the normal bookmark images, the iPad has 38 x 68 px and 2x is 76 x 136 px which is double in size. Does this means that iPad mini will have a 2048 x 1536 display as mentioned by 9to5mac. This could be the reason that the Apple programmer left only that file in there as there are no other iPad@2x files in the iBooks.app folder.

The rumors keep coming in.