So much has been written on Steve Jobs by long time users and industry veterans – people who loved him and hated him. I hadn’t written my take on his death yet as it’s difficult to accept that someone you admire isn’t there anymore. Most love him because of the products he made, the successes he had and how he made technology and creativity tango like they’re meant to be. I was inspired when I found out who he was and how he viewed life. 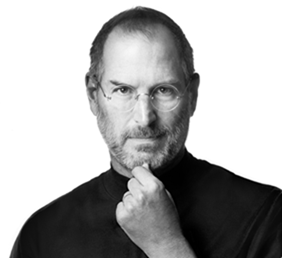 My first encounter with this legend wasn’t as a long time user of Apple products, like many others who share their fond memories of the earlier Macs. I found out about Steve Jobs when I first read that he has $1 salary and he was in the Guinness Book of World Records for this reason. This intrigued me as to how can a CEO of a company survive on a mere $1 salary. A bit more research back then informed me that he was the CEO of a company that he co-founded and was kicked out of and had recently joined again. That he had shares in the company on which he survived and how he was crazy about good design. It was like a wake up call – I hadn’t ever heard of a person so involved in design before. I was always amazed by products that had great usability and design but never knew this would be something that a whole company would be based on. What would I know? I was in my early teenage back then.

I had heard about Macs at that age. They were supposedly some computers that weren’t used a lot where I used to live. They were used in the creative industry ( an institute used to teach graphics designing on Macs ) so I knew that much. Just like all the cool kids, I found out much more about Apple, Macs and Steve Jobs when I found out about Wikipedia. It was amazing to find out so much history about them – how they were the creators of many firsts: Desktop publishing, a GUI based OS ( I know about Xerox! ), personal computers for everyone and not to forget devices like Newton and laptops. By the time I started finding out more, OS X was out in the wild and it had hardware rendering in the GUI. This amazed me as I found it to be better than software rendering. Why didn’t Windows XP have this feature? When Vista was announced to feature hardware composition of the GUI, I was one of those who were very happy about it.

Then there was the iPod. Never cared much about it because it was way too expensive. Not until I got my first iPod Touch, which was after I started iThinkDifferent, which was a Microsoft blog in the beginning. That somewhat changed my views on computing. Computing should be useable. It should be beautiful. It should be fluid and the experience should be smooth. I didn’t automatically become an Apple fan – I just started looking for these things in whatever I used. Oh, and it also introduced Apple content on iThinkDifferent and changed its focus to a large extent. And after which I got my iPhones, iPad and a Mac.

By now, you must have noticed that I’ve really gone off track from Steve Jobs to just Apple. But through these products, I started realizing how the visionary behind them had a mindset that I wanted to adhere to – and I did. I believed in the philosophy that I could read by using his products, listening to his amazing Stanford address and just generally knowing about his attitude in life and how it progressively changed ever so slightly. I learned some of the following:

And many more. I learned a lot and owe a lot to Steve Jobs. It wasn’t just the gadgets that make me admire him. It’s a whole different level of personal inspiration that makes some of what I am today.

Thanks Steve Jobs. May God bless your soul and you rest in peace.

Thanks Walter Isaacson too for giving such a brilliant insight of a man that mattered so much to me. 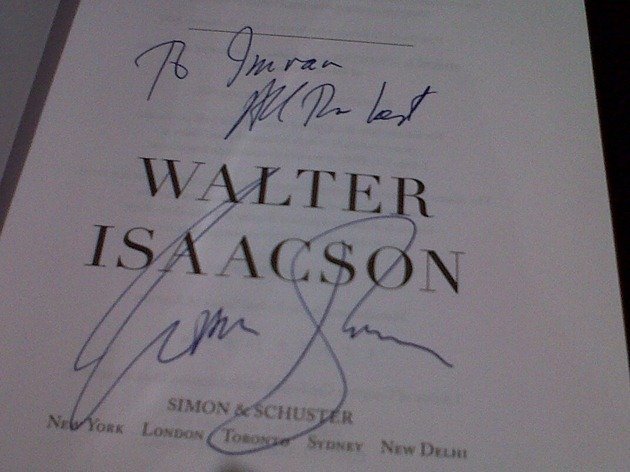