A few days ago, we showed you how to install Froyo Android 2.2 (JPC build) on a Samsung Galaxy S. A lot of users root Android phones to gain additional features and run apps that aren’t allowed to run normally. Rooting also allows you to install the One Click Lag Fix app that removes even the slightest lags you might encounter while using a Galaxy S, making it the fastest Android phone out there. It scores a staggering 2100-2300 points in Quadrant benchmark when running the official Android 2.1  build with LagFix installed. We showed you how to root Android 2.1 on Galaxy S in a previous post. In this post, you’ll learn how to root Android 2.2 on Galaxy S. 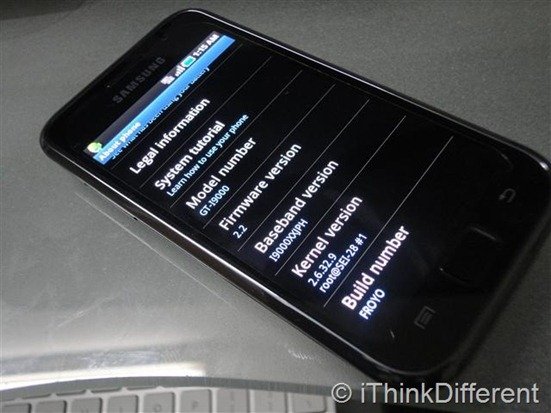 Update: Check out this new working method to root your Galaxy S with Android 2.2+