We stumbled upon this not so hard technique to emulate almost any phone running Windows Phone 7 Series. Does this prove that the video which created all the hype in which they showed an HD2 quite possibly be fake? 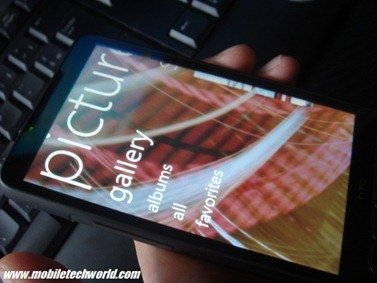 Some folks over at MobileTechWorld demonstrated how you can emulate running Windows Phone 7 series on an HD2, and quite surprisingly, it looks quite real and convincing. They achieved this by following a few really simple steps. They started off with setting their desktop’s orientation to portrait, scaled down the resolution to 720 x 480, run the Windows Phone 7 series emulator on the PC and then run the Remote Desktop software on the HD2 for controlling the Emulated WP7S. So this somewhat proves that the videos uploaded in the past day of Windows Phone 7 Series running on an HD2 might be fake because it does “hide” and not give away a lot of things, such as why wasn’t there enough lighting in the room? and they didn’t show the complete handset when they were running WP7S. I’m sure such details will be disclosed in the coming days. We’ll surely keep you posted on it.