Macrumors have been tipped by a source that iTunes (currently at version 9) will get a bump to version 9.1 along with the release of the iPad. This release will bring support for Books, enhancements to Genius Mix and automatic bitrate conversion. 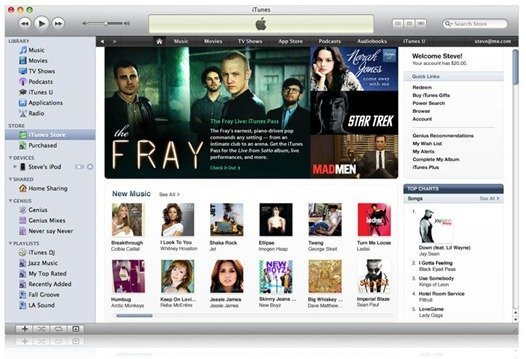 The Books feature is expected to work similar to how iTunes manages music, videos and apps. While only the iPad is being touted as a book reader by Apple, Macrumors have an interesting tidbit here:

According to the source, the existing “Audiobooks” entry in the iTunes Source list will be replaced with a broader “Books” section. A similar change will made to the sources for managing content on connected devices such as iPhones, iPods, and iPads. The revamped “Books” section for connected devices will reportedly display all book content compatible with a given device for easy content management.

Audiobooks entry to be replaced by Books section for all devices? Will Apple bring book reading functionality to the iPhone and iPod Touch as well? Don’t take our word for it, but it seems likely according to the snippet above.

Genius Mix, probably the least used feature in iTunes, will get some much needed enhancements. Users will now be able to rename mixes, rearrange them as well as delete them. Genius Mixes will also be usable in iTunes DJ shuffle.

If you have owned an iPod shuffle, you would know that iTunes automatically converts songs to 128 kbps ( AAC format ) when syncing to it. This feature will now be extended to all other devices ( iPhone, iPod Touch, Nano, Classic and iPad ) so that users will be able to cram more songs per storage unit.

This one is somewhat vague. There will be several tweaks to device support, probably improvements to usability such as moving the Check for Update and Restore buttons to the left side of the pane according to Macrumors.

This is all we know so far about iTunes 9.1. Come April 3rd, this feature list will be confirmed right or wrong. Going by Macrumors past record, they are more likely to be right.