Putting all the rumors to rest, Apple has officially announced that the iPad will start shipping April 3rd. Although its a slight delay from what Apple originally said at the unveiling of the device, it doesn’t make too much of a difference. And guess what? Pre-orders start next week March 12th! 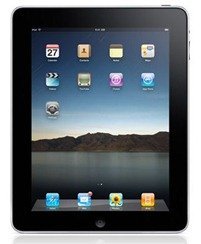 For the time being, only the WiFi models are available for US customers starting April 3rd and the 3G models will be available late April. For customers outside the US (Australia, Canada, France, Germany, Italy, Japan, Spain, Switzerland and the UK), both the WiFi and WiFi + 3G models will be available simultaneously in late April. If you’re not a resident of the afore mentioned countries, then you’ll have to wait till “later this year”.

All you need to know about Apple’s iPad specifications