John Gruber of Daring Fireball has always been the most reliable source for Apple products, although he has been wrong in the past as well. This time, he has actually sparked a discussion on the next generation iPhone, rumored to be named iPhone HD, by claiming that the details leaked by Wall Street Journal earlier today were lame. 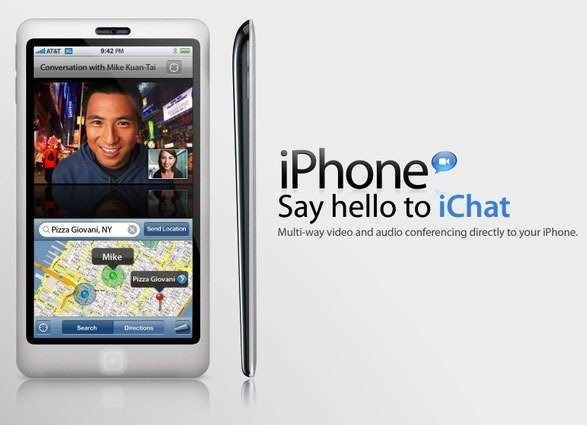 While he doesn’t claim that he knows the specifications of the next-generation iPhone, he actually has let it all out while countering WSJ’s acclaimed next generation iPhone rumors. Whether he is wrong or right, only time will tell, but what we know is that the specifications seem awesome. They actually look better than anything that we have on the market today by HTC or the likes. Here’s why:

The current CPU system-on-a-chip on the iPhone 3GS still outperforms other competing SOCs of the same clock speed. Even despite the higher clock speed of the Snapdragon (1Ghz), the iPhone 3GS has better pixel processing power. You don’t see the lag in touch or animations on the iPhone 3GS, that you encounter on the Nexus One. And if the next generation iPhone HD has the A4 CPU, that also powers the iPad, you can be assured that it will whoop the behinds of all competing Snapdragons and the likes and make them look like yesterday’s story.

If Apple gathers any feedback, I bet the most requested feature for the next generation iPhone HD will be multitasking. Since the iPad doesn’t have to multitask either, at least at launch, we can expect that iPhone OS 4.0 will be the enabler. And we all know very well from the copy-paste history when Apple provides a feature, it uses the best possible implementation (try using Copy/Paste in a Symbian/Android/Windows Mobile device and you’ll know). What we’re not sure of is whether the multitasking functionality will be available across all the iDevices thanks to the update, or will Apple use it as a chance to make people buy the latest and greatest iPhone?

This one seems like a no-brainer. Most phones have higher resolutions screens when compared to the iPhone. If Apple plans to change that, it’s only logical that they’ll include a higher resolution screen than their competitors. Another reason why it’s double the size of current iPhone/iPod Touch displays is that it’ll be simpler to stretch applications to this higher resolution making the transition easier for developers. We wonder if Apple will still use LCD with IPS technology for the new display or finally go with OLED. We would bet on the former.

It’s about time. We’ve had phones with front facing cameras since ages now but video calling on cell phones never really took off, apart from in some cool action movies. Networks have become speedy enough to allow this to happen, so there’s no reason why Apple shouldn’t bring video calling to the iPhone now. As mentioned earlier, if Apple will be implementing a front camera on the iPhone HD, rest assured, it’ll be a delight to use. iChat on the iPhone HD, anyone?

Only time will tell if John Gruber is correct. We can only hope that he is dead on with these predictions because they look that damn awesome. Looks as if we will have to wait for the 22nd of June for WWDC, where Engadget thinks the next generation iPhone HD will be announced.