Follow the ICC Cricket World Cup live on your iPhone, iPad or iPod touch with this handy guide to the best iOS apps and notification center widgets. 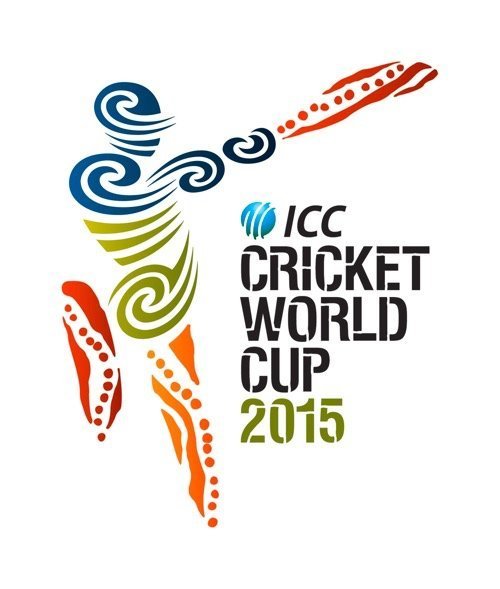 Cricket might not be a popular sport in every country around the world, but an approximate number of 2.5 billion people in the world follow it. This makes it the second most popular sport in the world after Football.
If you are a fan of cricket, the ICC Cricket World Cup starts on 13th February 2015. For an iOS user, this is the time to install some much needed apps and take full advantage of the notification center in iOS 8. Below is a curated list of the best apps (and perhaps the only apps) that you need to stay up to date through one of the biggest sports tournaments at the moment.

This is the official app of the World Cup, by the governing boy of cricket, the International Cricket Council. Therefore, it includes the most comprehensie details of the matches including video and match highlights, commentary, notifications, exclusive content and much more. The notification center widget only shows the upcoming fixtures for now and no live scores. Still, being the official app, this is a must have.

Even when there is no tournament, Cricinfo is the website to stay up to date for all things related to cricket matches. Cricinfo have a habit of revamping the design of their app every year yet they never seem to  get it right. The app still provides the latest ball-by-ball updates and intersting articles and statistics. The widget leaves much to be desired as it’s slow to load and poorly designed and even the thumbnails don’t work. Install it for the app and notifciations, not for the widget.
P.S. you can also add the complete list of fixtures to your iCloud/Google Calendar (or any third party calendar app) in .ics format from their website.

No iPad version, iPhone and iPad touch only.

Cricbuzz is another popular app for staying up to date with cricket. Along with the usual features such as live scores, commentary, news and more, they have the best iOS widget for keeping up with the sport. The widget is simple and fast to load and stays up to date with live scores. 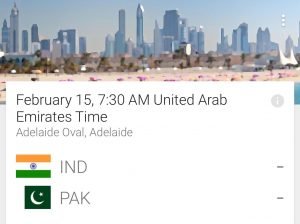 Google Now provides up to date cards, although with the wrong names for certain things about the sport (there’s no ‘period’ in cricket, Google!). 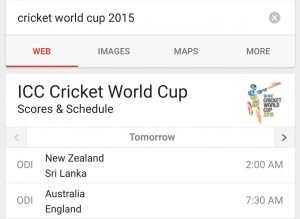 The fixtures are shown in your local time and for certain info, you need to perform a search once for it to appear as an info card in the app. This is cross platform so the card will also start to appear in your Google Chrome browser’s notification center on desktop.

Twitter has a special section dedicated to the World Cup, via the hashtag #CWC15, in their website and official mobile apps.

Just do a search for #CWC15 or the match tag such as #INDvsPAK and you will be shown a dedicated timeline with tweets, commentary and photos as well as live scores.