It’s been a few days since Internet Explorer 9 Beta was made available for download for Windows Vista and Windows 7 in many different languages. Microsoft did some major changes to the UI and the underlying rendering engine as well making it way faster than any before as well as more standards compliant. How a JavaScript engine is integrated into the browser is as important as the engine itself for real-world JavaScript and HTML5 performance. Microsoft started from the premise that the modern web will deliver HTML5 experiences. Accordingly, Internet Explorer 9’s Acid3 score has continued to rise and it now scores 95/100 which is totally GOOD. 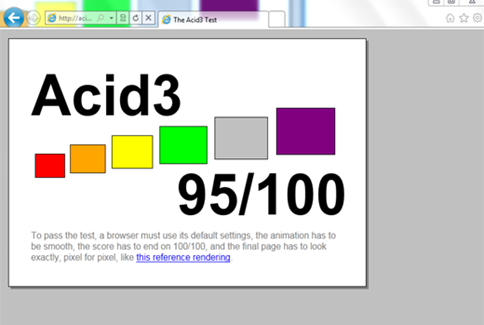 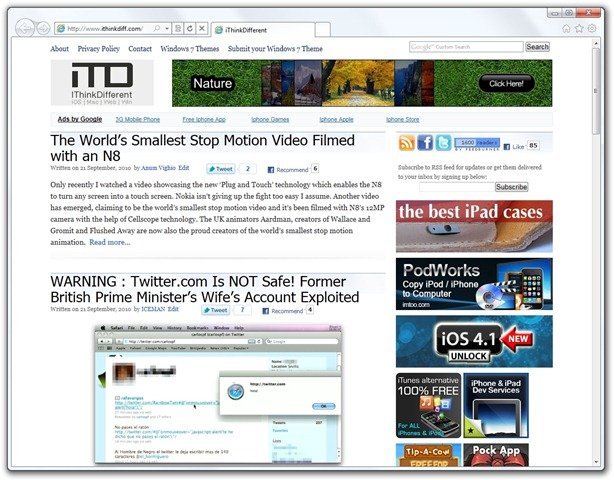 IE9 has less buttons and bars now and just a single search and URL address field just like Google Chrome, Firefox and Safari. The default search engine is obviously Bing, but you can install many others from IE9 add-ons like Wikipedia, Google, Facebook, Hulu, eBay, Amazon, New York Times and Yahoo to name a few. The tabs have been moved to the right side of the location bar which is weird design decision in our opinion. Users tend to leave a lot of tabs open now as browsers are getting as faster performing as Chrome and now IE9, so having the tabs to one side will actually cramp up the space when lots of them are open. You can resize the URL address field to fix that to some extent though.
The first time you boot up IE9, you might note the small notification on the bottom asking if you’d like to “speed up browsing and startup” by disabling add-ons that are delaying the startup time of the browser. It even includes Microsoft’s own add-ons in the list. 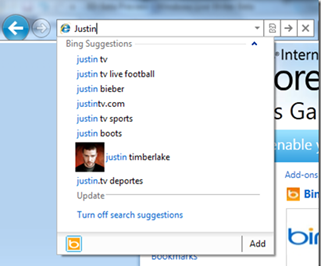 Microsoft finally added a download manager to Internet Explorer 9 which allows you to see your latest downloads and search within the downloads list. 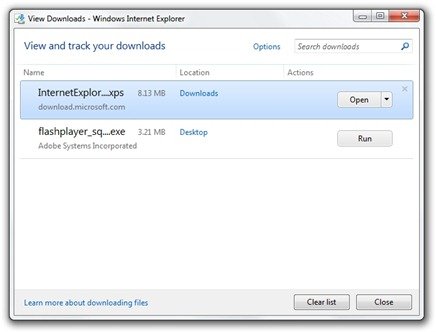 The file menu options have been moved to a unified menu, again, just like Google Chrome. It does seem somewhat convenient but the menu isn’t as well designed as what you get in the latest Google Chrome builds. 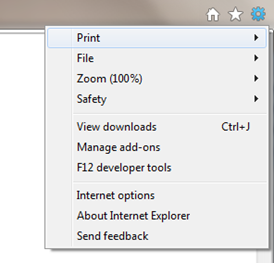 Apart from this, the most important change in the UI is the speed. New tabs open and close as quickly as in Google Chrome. The UI as a whole is as fast as Chrome is. We know we’re using the word Chrome a lot but it’s obvious where the inspiration has come from.
New Features
IE9 allows you now to pin your favorite pages and tabs to you task bar, which makes it faster and easier for users to access their most visited sites.

Take Twitter for example, Once you pin it, the Twitter avatar will show into you task bar and you can go right to you messages and mentions by hitting the right click. Same goes to Facebook or Amazon. 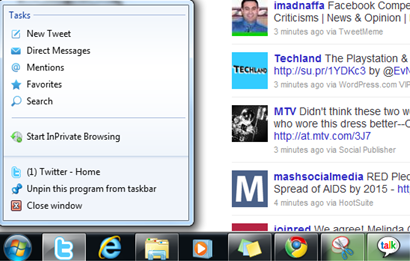 It is kind of like a web app mode, although we’re not big fans of the address bar, tabs and the likes showing up in an app mode. Really, Microsoft. If you want to make a website look like an app, remove the browser specific features in that mode. Funny thing is, you can still open new tabs and other websites when you have a website like, say, Twitter open in the web app mode.

You can see the icons and customized colored navigation buttons though.

Microsoft worked on Internet Explorer 9 to be developer friendly. IE9  supports more standards such as HTML5, CSS3—including Selectors, Namespaces, Color, Values, Backgrounds and Borders and Fonts. Plus, H.264 is the standard video format the big sites have chosen to go with, and now Internet Explorer 9 will support it as well. IE 9 also supports hardware based rendering which means that it uses your GPU to render the webpage which means smoother graphics and fonts.

Check out our video review of IE 9: