The latest update of the iMazing app, an apps managing tool on Windows and Mac,  offers a new feature to detect malicious Pegasus spyware on iPhone, iPad, and iPod. The feature is designed to protect users from Pegasus zero-click attacks to track their activities and collect data on their devices. 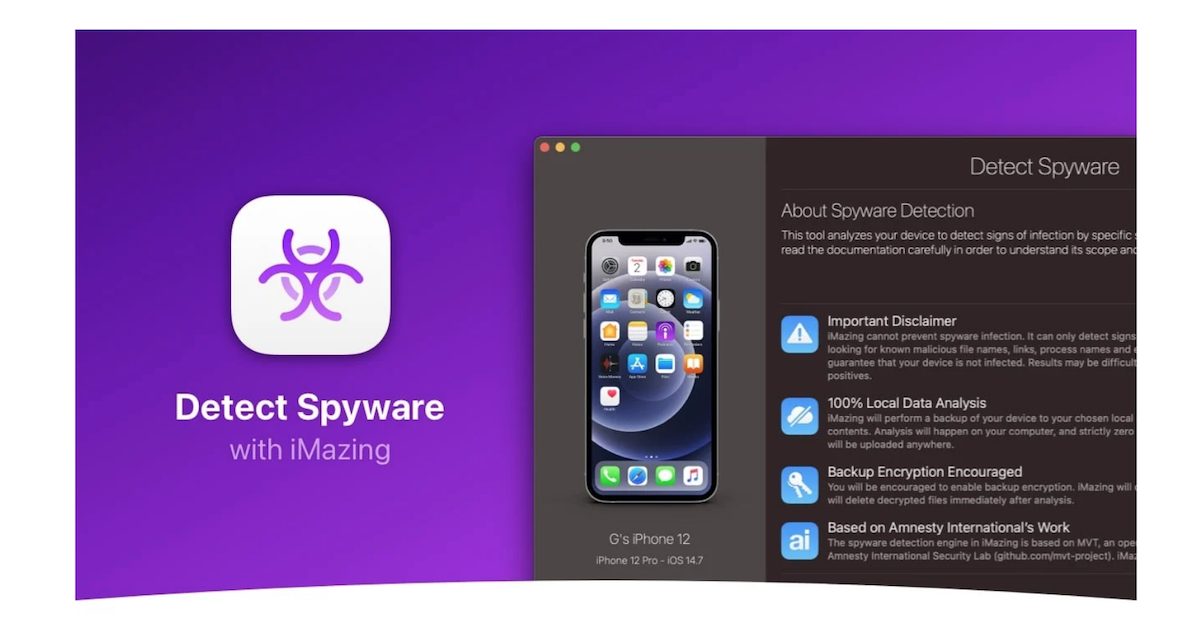 Pegasus is zero-click spyware developed by an Israeli-based company, NSO which can hack an iOS and Android smartphone via a simple text message. New databased published by Amnesty International and subsequent investigation by media consortium revealed that authoritarian governments used Pegasus to spy on thousands of journalists, Human rights activists, political rivals, and other dissents. The victims were subjected to state violence like harassment, arrests, and even murder.

Since Apple works on providing a more secure iOS structure than Android, it was shocking to know that newer iPhones were affected by Pegasus. Now, iMazing is giving users a protective layer against such attacks.

These revelations highlight anti-democratic use of advanced surveillance technology which goes far beyond the scope of legitimate criminal or terrorism investigations. Particularly disheartening is the fact that no iPhone is safe – even the latest and fully updated devices were targeted, and successful infections have taken place without any user interaction (‘zero-click’ attacks). In some cases, all it took was to receive a malicious message, which could then be deleted by the attacker before the user ever became aware of the attack.

iMazing latest version 2.14 offers a new feature for the detection of Pegasus Spyware for free

iMazing is built on a toolkit which was developed and refined over a decade for the purpose of simplifying iOS backups, file transfers and local device management tasks. It would therefore be possible to relatively quickly re-implement MVT’s methodology in our toolkit, and integrate a user-friendly ‘wizard’ in iMazing’s user interface.

And because iMazing can already perform iOS backups and decrypt backup files, the tool we envisaged had the potential to dramatically reduce the technical barrier of entry whilst enhancing performance and promoting backup encryption. 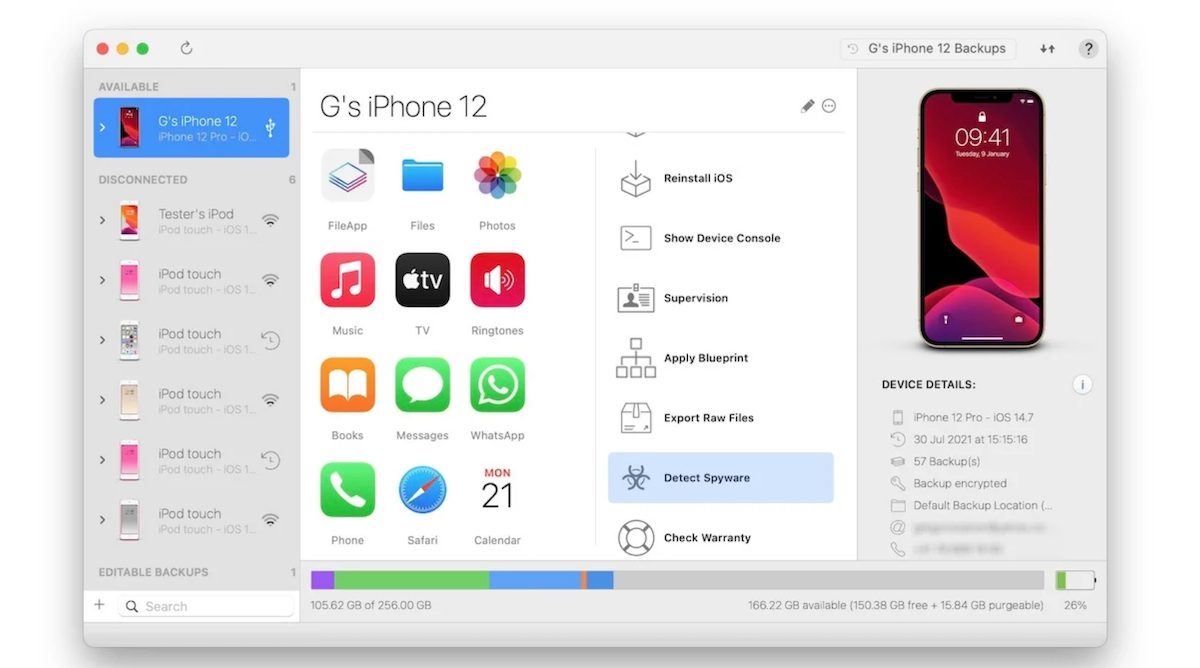 Users can download and install iMazing 2.14 on Mac and PC for free on PC and Mac, without purchasing a license. However, the developer wants uses to keep in mind that the new feature can only detect the spyware, not prevent infection.

iMazing’s spyware analyzer is limited to the detection of a subset of known threats. It does not prevent infection. Its results may be hard to interpret and do not replace expert advice. Its ease of use and low barrier of entry is not without risks, in that some among its users could develop a false sense of security.

In the end, the developer wants users to be vigilant and not afraid of such violating Pegasus spyware.

We all feel revolted and compelled to act when human rights come under attack in such dystopian ways. NGOs, journalists and citizens of all nationalities already work tirelessly to protect our freedom, sometimes at the risk of their lives. They deserve our gratitude and support.

Click here to download iMazing 2. For Mac, the app requires macOS 10.10 or later, and for PC, it requires Windows 7 or later.