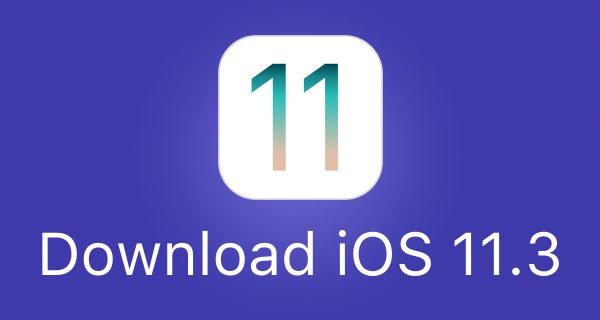 Other features include minor update like the ability to sort reviews in App Store, new privacy messages in different parts of the operating system, software based authentication for HomeKit devices as well as many other bug fixes.

Update to iOS 11.3 without iTunes

If you are already on an existing version of iOS 11, you can download the new update over-the-air. On your iOS device, open Settings, go to General and go to Software Update to start downloading the iOS 11.3 Your device might ask for your passcode for verification. Make sure that are connected to a wireless network and have enough battery in your iOS device to complete the upgrade. If you get a warning that your battery is low, plug in your device to a charger to continue downloading the update.

Alternatively, iOS 11.3 can also be downloaded via iTunes. Connect your device to your Windows PC or Mac using the lightning cable and select your iOS device. Click Summary in the left sidebar and click on ‘Check for Update‘. Click ‘Download and Update‘ and accept the new terms and conditions. If iTunes asks for your device passcode, enter it to begin the process.

If you are technically savvy, you can download the iOS 11.3 IPSW file for your device from the links given below. This method is particularly useful if you want to do a clean upgrade.

The complete upgrade can take anywhere between 15 minutes to 30 minutes depending on your device.