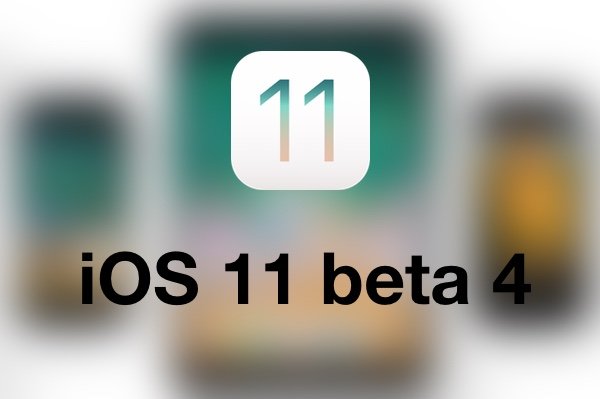 If you are already on iOS 11 developer beta, go to Settings > General > Software Update on your iPhone, iPad or iPod touch to download and install the new version. You can also connect your device to your computer to update via iTunes. Alternatively, registered Apple Developers can downloaded the full iOS 11 beta 4 IPSW firmware files. The public beta should also be available soon for testers, likely this week.

So far, we have noticed a number of changes:

And here is a video of the gestures in action:

Here is how the new swipe gestures work in Notification Center in iOS 11 beta 4. pic.twitter.com/a9ru6quOkc

It is too early to speculate on performance as initially every iOS 11 beta seems fast. We will give it some time before we can give a verdict on the battery life and performance improvements in this build for iPhone and iPad.

As per tradition for all major iOS updates, iOS 11 will be released to all users this fall. We have already received four developer betas and it is only July. With this speed, we should expect a lot more beta releases before the final one since there is a new beta almost every week now. Some new features like Notification Center are still not finalized and being improved with every new beta release. From its current state, iOS 11 could use a lot of spit and polish to iron out the crashes and performance issues.

We will keep you updated on the new features in this release.