Apple has released the third developer beta for iOS 11 for iPhone, iPad and iPod touch. The update is under 400 MB in size for most devices and is available now for download from Apple Developer Center. If you already have iOS 11 beta 1 or beta 2 installed, you can go to Settings > General > Software Update to update to the new beta version. 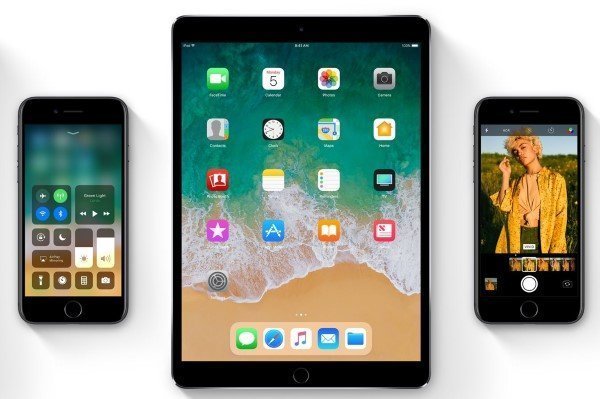 So far, in our usage, app switching fells much smoother on iPhone 7 Plus and iPad Air 2. You can also swipe up on apps in the iPad Air 2 app switcher to close apps. The behaviour of WiFi and Bluetooth toggles is also different now – disabling them disconnects from the network or device and disables that radio too. In previous betas, disabling the WiFi or Bluetooth toggle only used to disconnect from the the network or device while keeping the radio on. Content blockers for Safari also work now. We are still looking for more updates and changes in the new build and will update you as we find them.

iOS 11 is one of the biggest releases ever for iPad and includes drastic new improvements like drag and drop for content, improved multitasking, a macOS like Dock for app switching, enhanced Slide Over view for apps and much more. iPad Pro users would love the new features that they can use with Apple Pencil such as Instant Markup, Instant Notes, inline drawing in Notes app and more. iPhone users also get some love with lots of updates to built-in apps like Notes, Safari, Camera and many more. iPhone 7 Plus gets improved camera performance in Portrait Mode even in low light. Live Photos also get enhanced built-in features like support for creating instant video with loops or bounce or even long exposure photos. Last but not the least, perhaps one of the most significant updates since the first iPhone OS is for the App Store. It has a whole new modern layout and contains editorial content. Almost every part of the App Store has now bee updated.