Apple has released iOS 11 public beta 2 for testers. The update is rolling out now for iPhone, iPad and iPod touch as over-the-air update from Settings > General > Software Update. The first public beta was released at the end of June, just after the release of the second developer beta, while the third developer beta for iOS 11 was just released a few days ago. 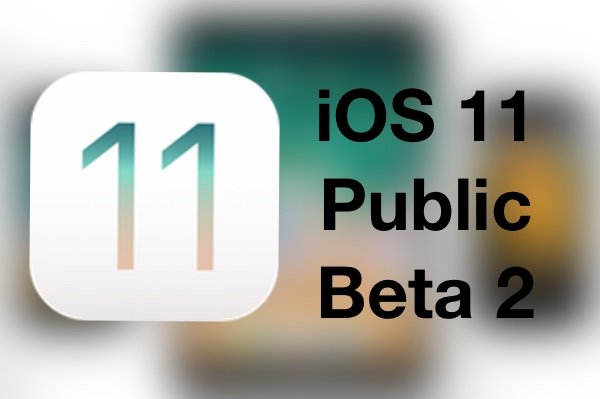 Some of the best new features in iOS 11 include improvements to iPad’s multitasking, introduction of a new macOS like Dock, drag-and-drop copy pasting support for text, images and other types of content and much more. Apple Pencil also has a lot of productivity enhancements thanks to Instant Markup, Instant Notes and other new features. Almost all built-in apps for iPhone and iPad like Notes, Safari, Messages and Health have received improvements. With HEVC and HEIF, Apple has also introduced new codecs with 50% better compression as well as quality for photos and videos. Expect to save a lot more storage space, specially with 4K video capture. iPhone 7 Plus users will particularly enjoy the improvements to Portrait mode in low light conditions. Live Photos have also become more useful as the Photos app now lets you use effects like loop, bounce and long exposure to get creative results.

Since this is beta software, there are still a lot of on-going changes, feature implementations and bugs that are yet to be resolved. The final version of iOS 11 is going to be released this fall so expect a lot more developer and public beta releases to be made available by Apple.

If you have not yet registered for the public beta, here is how you can do so:

If you want to go back to iOS 10, follow our guide to downgrade from iOS 11 public beta to iOS 10.