Hot on the heels of iOS 11 public beta 2, Apple has released the second public betas of tvOS 11 and macOS High Sierra. Testers registered with Apple Beta Software Program can download the over-the-air updates now on their respective devices. 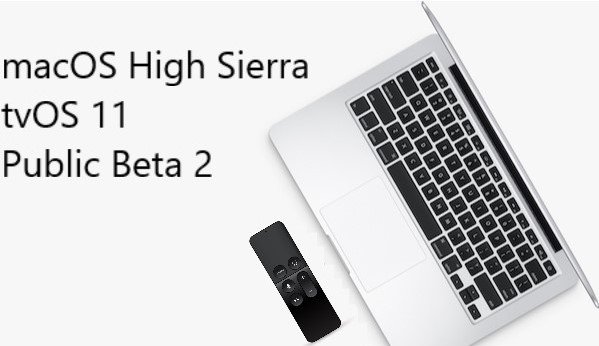 The first public betas for these operating systems were released on 27th June. The third developer betas for iOS 11, macOS High Sierra and tvOS 11 were released a few days back and as expected, the public betas also dropped this week. If you not registered for Apple’s public betas, head over to beta.apple.com to register and enroll your device to receive the updates.

tvOS 11 is a relatively minor update, compared to watchOS 4, macOS High Sierra and iOS 11. It contains an automatic dark mode which changes based on time and a home screen sync feature which is useful if you have multiple Apple TVs. This is the first time that Apple has released a public beta for tvOS but it does not have enough new features going for it.