Steve Jobs has announced the much awaited iOS 4.2 for iPad which will bring the great new features of iOS 4.x for iPhone and iPod Touch to iPad and then some such as Printing and AirPlay. iOS 4.2 will be the version to bring all iOS devices to the same feature set.

iOS 4.2 for iPad will also have multitasking, folders, unfired email and much more. Printing has been a much wanted feature since iPad has iWork apps. AirPlay will let videos, pictures and songs to be streamed to iPad over WiFi. 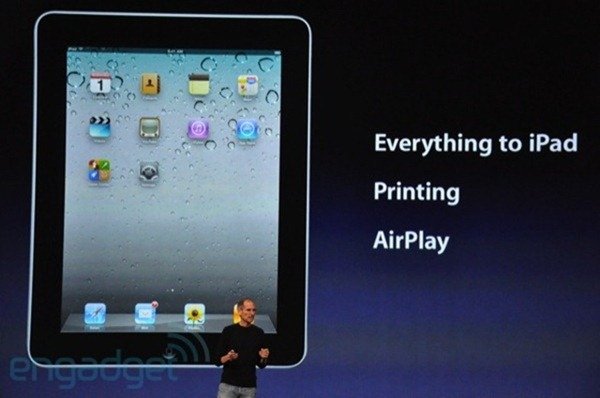 iOS 4.2 will be released for iPad, iPhone and iPod Touch in November this year.