For the first announcement of the Apple event today, Steve Jobs has announced iOS 4.1 with bug fixes and some interesting new features such as HDR photos. It brings the much wanted bug fixes that people complained about all over the Internet such as proximity sensor issues, Bluetooth and iPhone 3G performance issue.

The new features include High Dynamic Range photos which brings integration for taking such pictures right into the iPhone camera app. What’s HDR you ask? iPhone camera app will take 3 pictures in quick succession now with multiple exposure levels; high, normal and under exposed. It will then combine the photos together to bring out the finest details in a single picture which would otherwise be lost. Pretty cool we say!

HD video uploads over WiFi are also included now. TV show rentals right on iPhone is something we’re really excited about! And last but not the least, Game Center, which could be the killer feature of mobile gaming on iPhone. 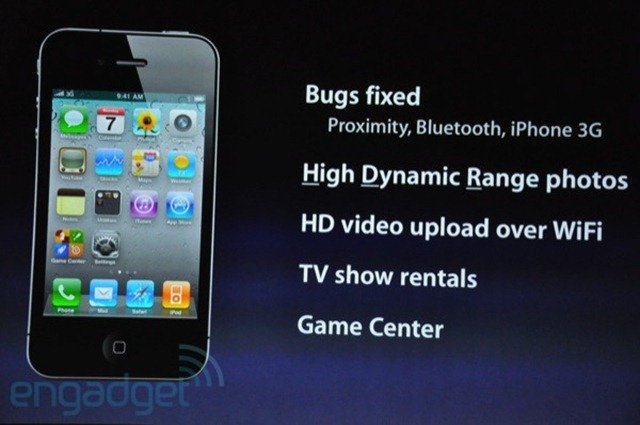 iOS 4.1 will be available for download next week via iTunes.