Apple has confirmed on their Game Center overview page that the features of Game Center will debut in the upcoming update of iOS 4.1 later this week. The long awaited social gaming network will be available for iPhone 3GS, iPhone 4 and all iPod touch models except the first one. We already know that Game Center will not come to the original iPhone and iPod touch because of their low hardware specs which is also why iOS 4 is not available for these devices. But the move to not introduce Game Center for iPhone 3G could be a result of its poor performance with iOS 4.0. 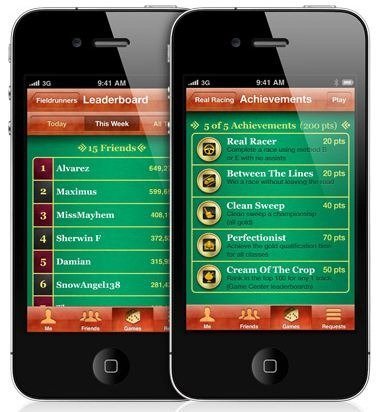 Game Center was announced at the iOS 4 media event in April and Apple had initially deployed Game Center on all iOS devices supporting iOS 4.0 but later removed support in the betas of iOS 4.1. It looks like after hearing too many complaints about the poor performance of iOS 4 on iPhone 3G, Apple changed their mind.

Game Center allows developers to enhance the user experience of their games by adding social gaming features like leaderboards, friend invites, challenges, and matchmaking. It can be a good social gaming and networking platform for iOS devices which would allow its users to invite their friends to join them in their games along with playing against people they don’t know, anywhere in the world. Apple has taken the correct step to combat social gaming platforms in competing and upcoming mobile devices such as Xbox Live in Windows Phone 7.