The latest report on consumer spendings by an apps analyst, App Annie states that global mobile app spendings, iOS and GooglePlay, grew by 20 percent in Q3 2020. The report also revealed that the time spent on apps also grew by 25 percent year-on-year in the same quarter with 180 billion hours each month from July till September.

The report states that the COVID-19 pandemic is exclusively responsible for the “surge” in consumers’ spendings and time spent on mobile apps. As the world is still gripped with the fatal coronavirus, social distancing, and lockdowns health measures, in various parts of the world, have contributed to the increase in the use of virtual tools to stay connected, informed, entertained, and carry on economic activities.

“Mobile data is more important than ever before in navigating these times of massive change. These changes are reshaping the world and people need to understand how to adapt to new user behavior and preferences.” 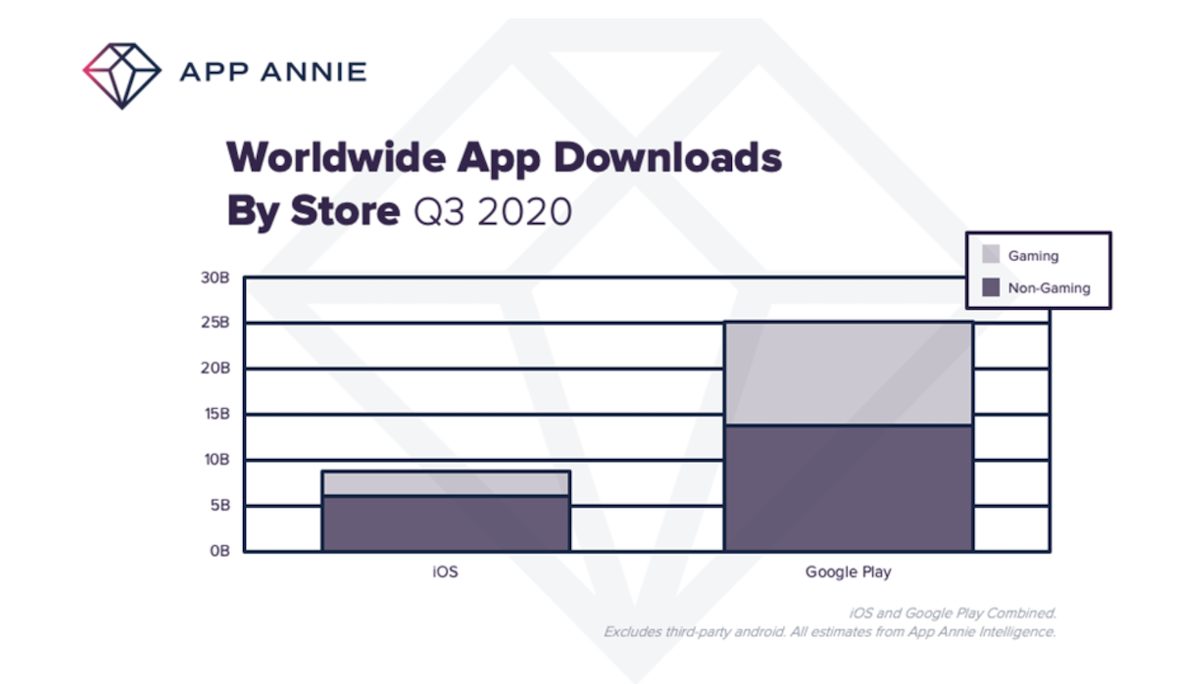 The report states that in Q3 there were 33 billion new downloads worldwide with a record sales of $28 billion via in-app purchases. The downloads and earnings summary of iOS and Google Play app stores is as follows: 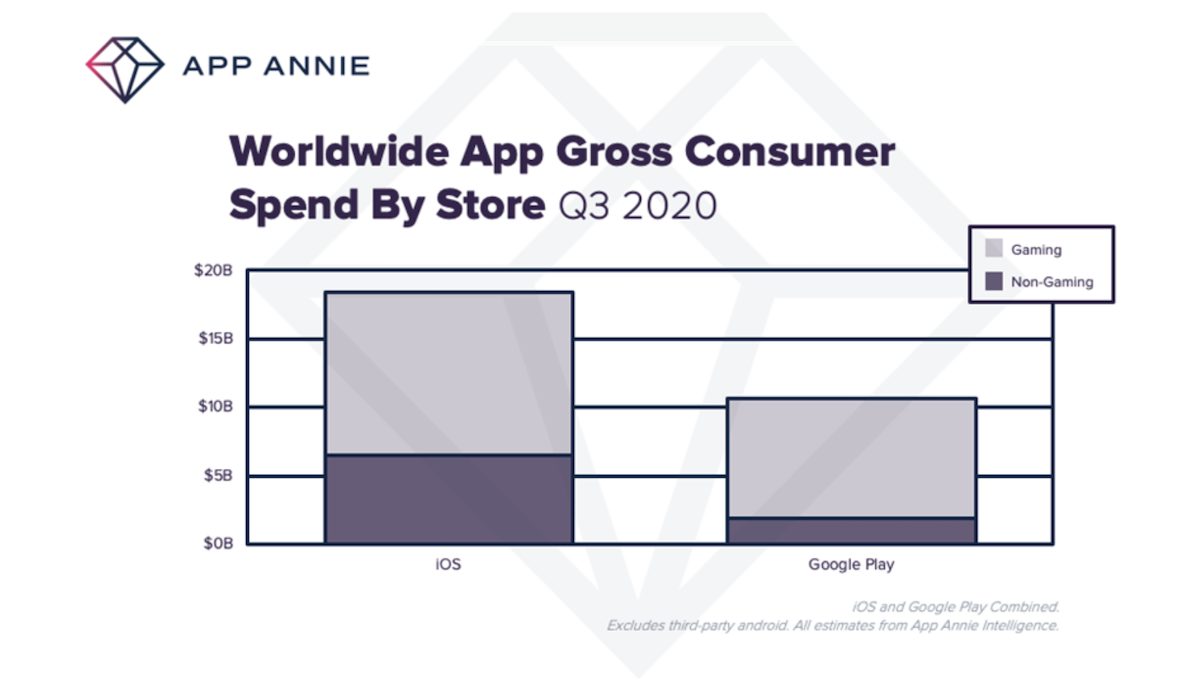 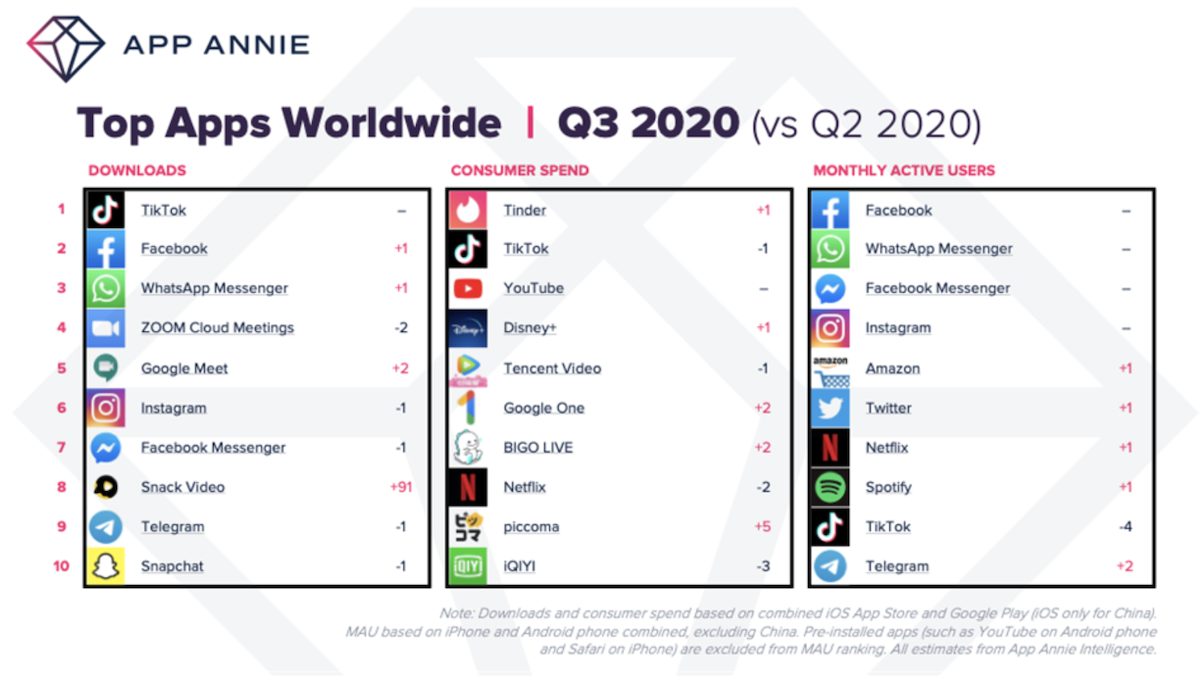 This is report is similar to Sensor Tower’s Q3 report which also accredited the monetary and installs success of digital marketplaces to the prevailing health crisis and related precautionary health measures.