Apple’s App Store has already achieved the half a trillion-dollar digital ecosystem mile-stone, and the online market place is blooming further. According to a recent report by Sensor Tower, an analyst of the global app economy states that in Q3 2020, the iPhone maker’s App Store’s mobile app earnings grew by 31 percent to $19 billion, and mobile games revenue grew by 26.7 percent to $12.4 billion.

Google Play app store’s mobile apps generated $10.3 billion with 33.8% year-to-year growth and mobile games generated $8.5 billion with a 24% year-to-year increase in the third quarter of 2020. Surprisingly, Google Play had more overall downloads, 28.3 billion but still way behind Apple in earnings. Maybe that is the reason why the search engine company has revised its app store commission policy to implement the 30% share cut from in-app purchases more strictly.

Sensor Tower’s report accredits the lucrative third earnings quarter for the app store economy to COVID-19. As people around the world are confined to their homes and public activities are suspended, consumers have turned to virtual space for communication, entertainment, professional and other needs.

“Last quarter’s greater than typical growth reflects COVID-19’s continuing impact on consumer spending in apps as well as a persisting lift in their adoption around the globe.” 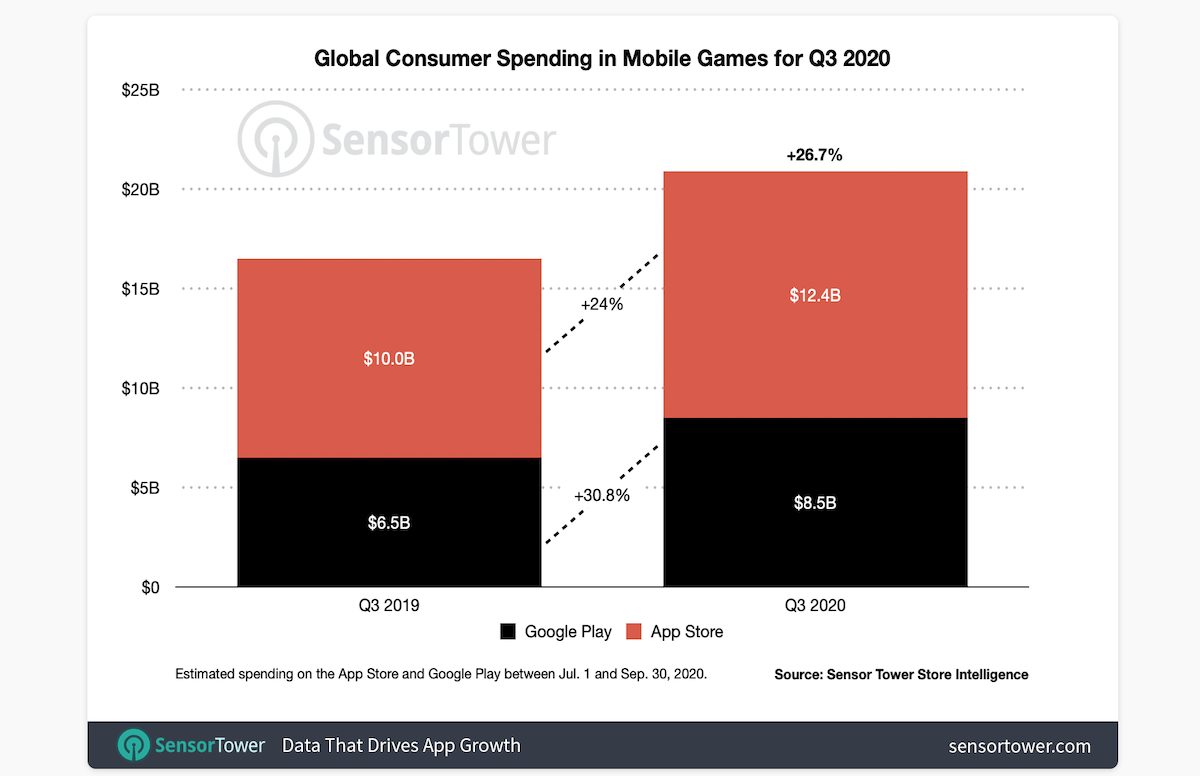 Apple’s Q3 2020 year-to-year earnings reflect that the consumers’ mobile app spendings on subscriptions, in-app purchases, and premium apps have increased by 31% to with 8.2 billion downloads and Google Play Store by 33.8% with 28.3 billion downloads. 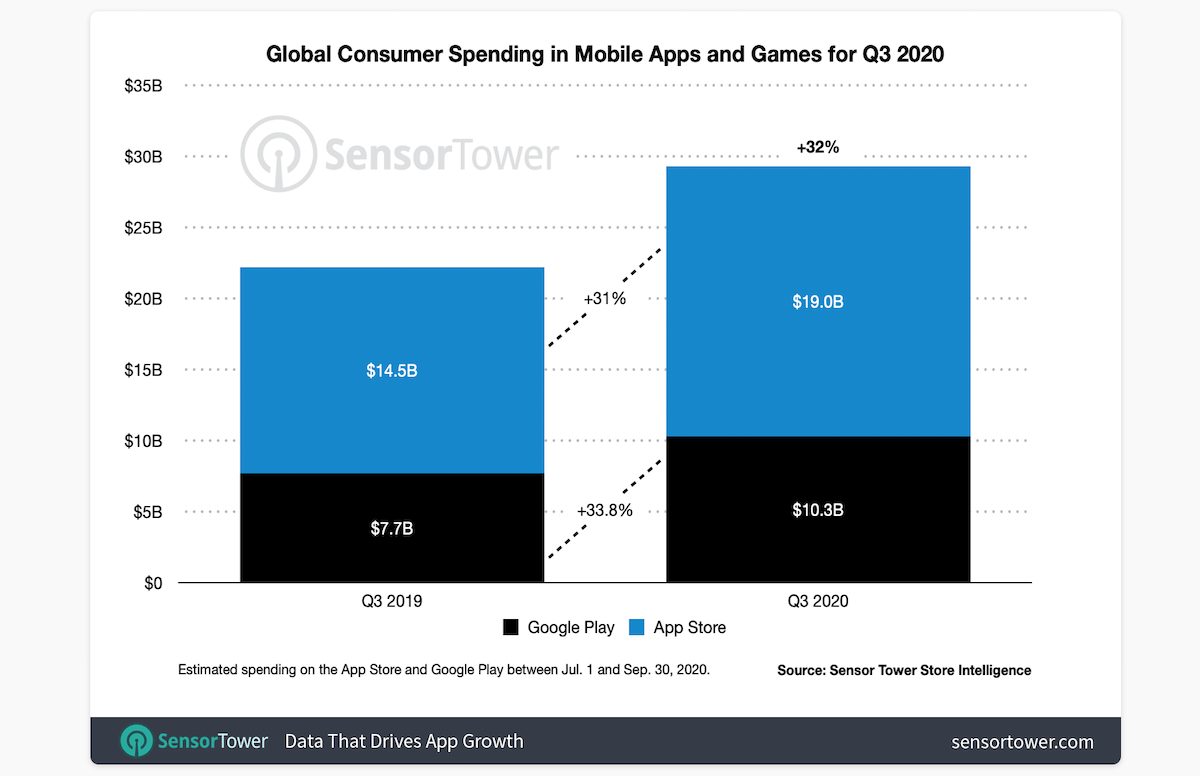 Here are the top 5 apps that generated the most revenue and installs.