Today, Apple announced the amazing success of the App Store ecosystem in 2019 with accumulative sales of half a trillion dollars. Available across the globe, Apple’s apps ecosystem generated $519 billion revenue in billings and sales worldwide last year.

The App Store was launched in 2008, and in twelve years it has become a booming app marketplace a with vast collection of 2 million applications which half a billion visits from 175 countries every week.

“The App Store is a place where innovators and dreamers can bring their ideas to life, and users can find safe and trusted tools to make their lives better”. 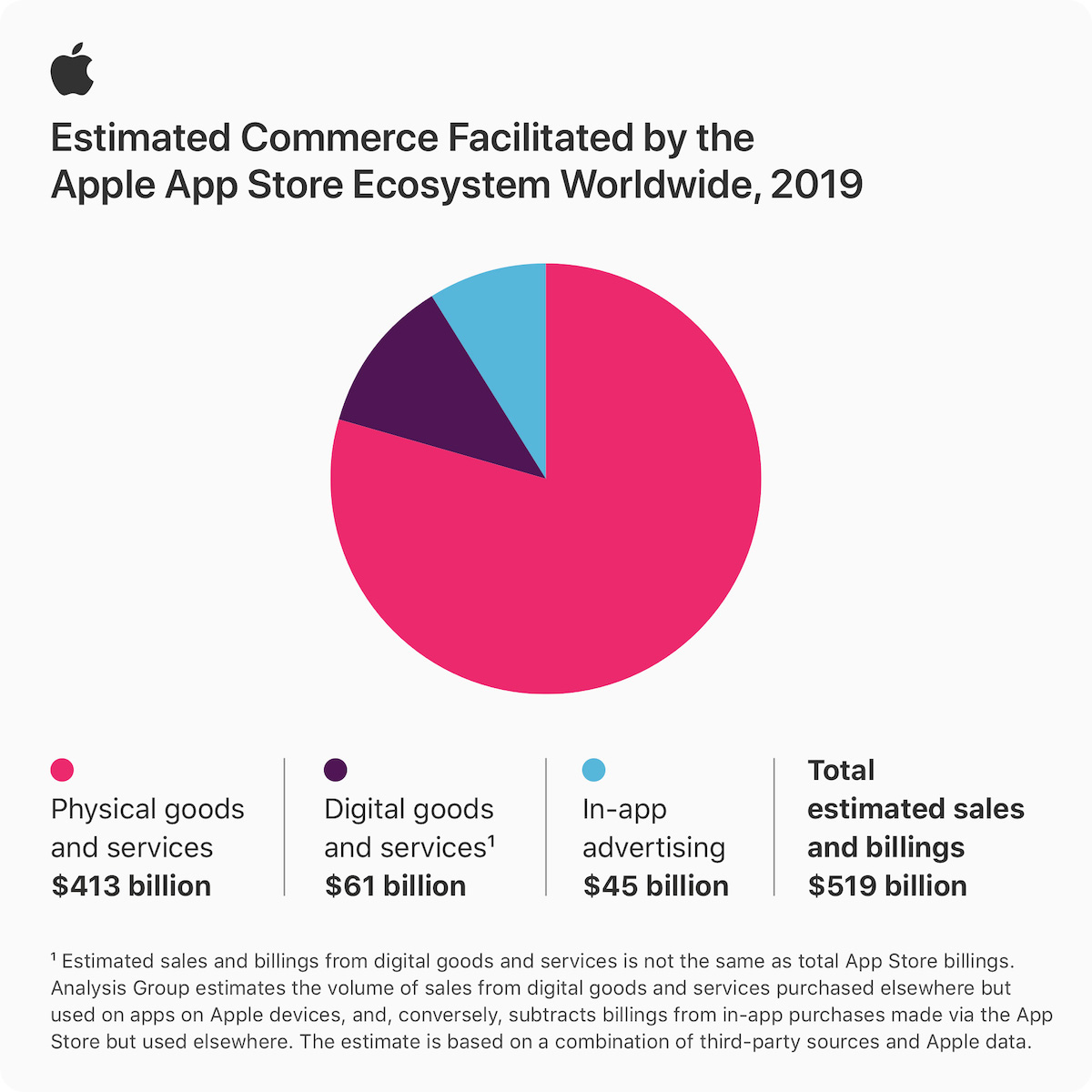 A study by a team of independent economists, Analysis Group calculated that most lucrative commodities on the App Store last year were mobile commerce (m-commerce) apps, in-app advertising, and digital goods and services apps. The billings and sales estimates are calculated based on data from 5 regions: the United States, China, Europe, Japan, and the rest of the world.

Here is the complete breakdown of the hefty half-a-trillion earnings in bills and sales of its digital products from around the globe. 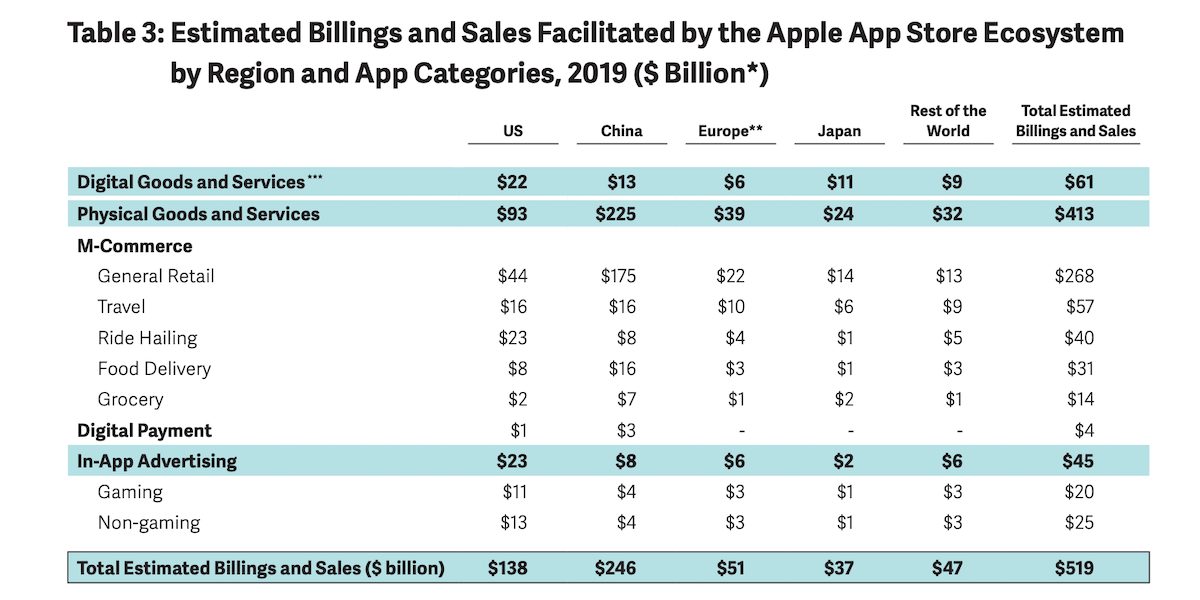 The monetary value of the apps digital marketplace translates into promising economic opportunities for developers, creators, and other businesses.

“In a challenging and unsettled time, the App Store provides enduring opportunities for entrepreneurship, health and well-being, education, and job creation, helping people adapt quickly to a changing world. We’re committed to doing even more to support and nurture the global App Store community — from one-developer shops in nearly every country to businesses that employ thousands of workers — as it continues to foster innovation, create jobs, and propel economic growth for the future.”

Read the complete study on how large is the Apple App Store here.