It hasn’t even been a day since users have started getting their hands on the iPad 3G and it has already been jailbroken by the iPhone Dev-Team. Confirmation, pictures, and video have been released by MuscleNerd, from iPhone Dev Team, via a tweet: 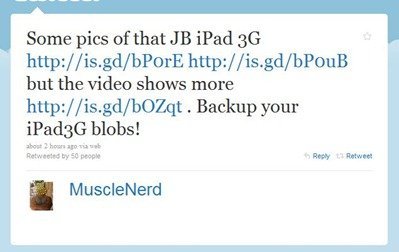 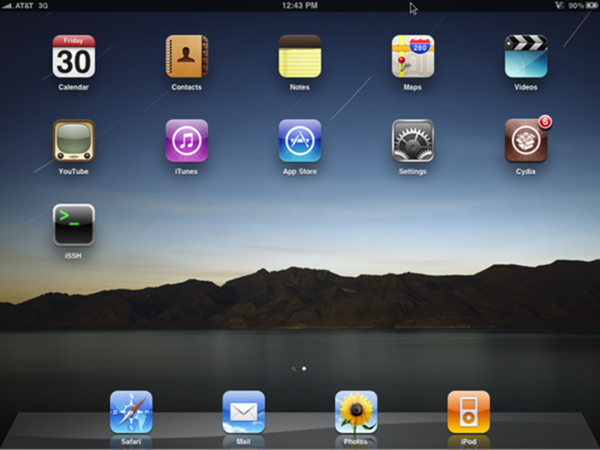 Terminal is shown running with root in the second image: 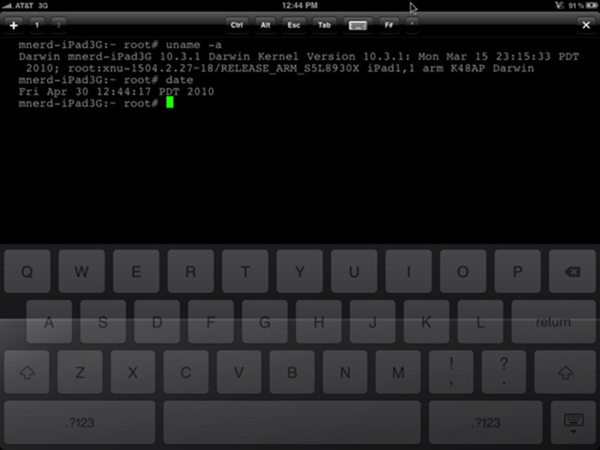 Here’s a video demonstration of the jailbreak in action:

The jailbreak demoed in the video is Spirit. Here are some useful things to know about it:

If you haven’t noticed already, it has been advised in the tweet as well as the video to backup your SHSH blobs if you plan on jailbreaking your iPad. This is very important so don’t forget this! Backing up blobs is useful in case you want to downgrade your firmware later. If you don’t backup, you’ll be unable to go back to a vulnerable firmware in case you accidentally upgrade to one that isn’t. We’ll have a guide up shortly on how to backup your SHSH blobs for iPhone, iPod Touch, and iPad.

Spirit jailbreak should be out very soon. Stay tuned!