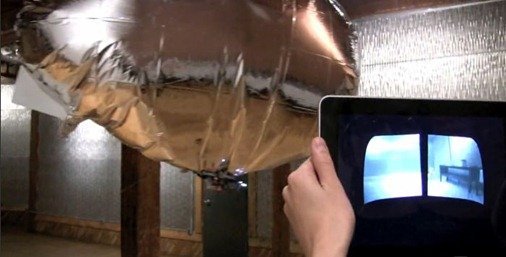 Back in the days, the iPhone was used to control various things such as a car and what not. But not that big brother iPad is here, the attention has shifted to use it as a giant remote control. Folks over at BreakfastNY have hacked together a Blimp with a video camera. It is remote controlled by the iPad, and from the video it looks really cool.

This is what the guys from BreakfastNY say about the Blimp:

We created a modified BlimpDuino controlled by an iPad’s accelerometer for guests to have a play with. Added bonuses: you get a cockpit view on the iPad, so you can see whatever the blimp sees, and it just so happens that anyone that looks up at the blimp has their face turned into one of the exhibited Munny character’s faces.