Digitimes is reporting that Apple will be shipping 24 million iPhone 4G units in 2010. If this repot is correct, Apple would cross the 100 million iDevices sold mark this year. That’s not all, Digitimes analyst Ming-Chi Kuo has also given an overview of the specifications of the upcoming iPhone 4G.

There wouldn’t be an OLED display as per rumors. Apple will stick with IPS technology as well as FFS ( fringe-filed switching ). The resolution will be double than that of previous iPhones as expected.

Why wouldn’t Apple use OLED? Here’s why:

By incorporating FFS technology, which enables a wider viewing angle and clearer visual quality under in sunlight, Apple is aiming to improve the handset’s e-book reader features and promote its iBooks Store. HTC’s Hero smartphone has already adopted this technology. The sharper resolution further widens the gap with Android-based smartphones, which provide 854×480 displays as the highest resolution offerings

iPhone 4G will be powered by an ARM Cortex A8 processor, presumably the same one used in iPad, Apple A4 which is technically a Cortex A8 processor coupled with a PowerVR SGX 535 graphics processor. A4 contains performance enhancements by developed by chipmaker Intrinsity, which was acquired by Apple, which resulted as a core called “Hummingbird”. This allows the Cortex A8 to run at 1Ghz, which is a much higher clock speed then what it was originally designed for. iPhone 3GS also uses a Cortex A8 processor which is clocked at 600 Mhz. 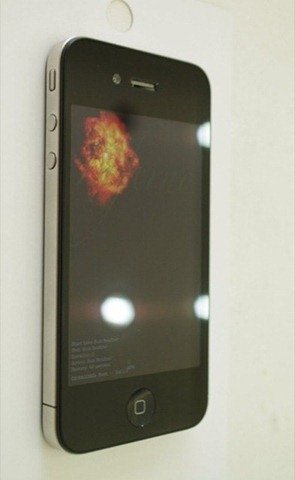 Battery life will also be improved in the upcoming iPhone:

iPhone 4G prototypes have been leaking all over the Internet recently, so these specifications shouldn’t come as a big surprise to anyone. I hope iPhone 4G looks different than the leaked prototypes we see now and then. They look ugly.