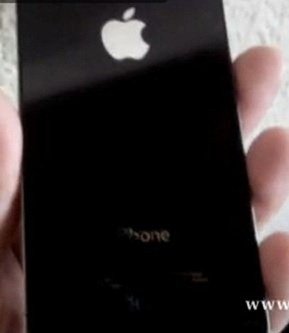 Another week, another iPhone 4G leak. As if the previous iPhone-Gizmodo fiasco, Vietnam iPhone 4G leak and the French iPhone leak weren’t enough, here’s an0ther new leak via Vietnam as reported by CrunchGear via Nowhereelse.

This iPhone 4G prototype seems to be running a ‘proto-OS’ called Inferno and that’s all it does. It shows the same screen that we saw in the previous Vietnamese leak after booting.

As I previously mentioned, these leaks are terrible for Apple. For a company who basically markets its products over the hype around their secrecy, this is the complete opposite of what Apple would want. There’s a school of thought which thinks that these leaks are being done on purpose. The answer for them simply is that Apple wouldn’t have involved the police in this iPhone-Gizmodo case if that was a fact.

Just how much these leaks would hurt Apple will be seen this summer when Apple unveils the next generation iPhone 4G. I hope it doesn’t look like this prototype that has been leaked like hell all over the Internet. Hopefully, Steve Jobs has a plan B ( or prototype B ) to still keep the element of surprise on their side.

Only time will tell.