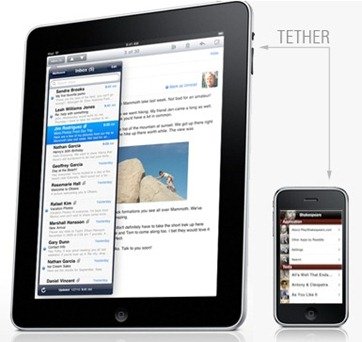 A Swedish Apple fan sent an email to Steve jobs this week asking him about the possibility of iPad tethering with the iPhone. Steve Jobs did reply to the guy’s email, saying “No”.

Here’s the full email that has been sent:

I’ll keep it short.
I’m Jezper from Sweden, a long time Apple fan, currently about to replace the very last computer at home with a brand spanking new iMac i7. I’m also awaiting the release of the iPad. However, I have one question:
Will the wifi-only version somehow support tethering thru my iPhone?
Two devices, based on the same OS, with already built-in technology to share one data plan suggests a secondary contract could possibly be redundant.
From the look of your keynote, where the iPad sits well between my MacBook Pro and my iPhone, I was hoping the three of them could interact as seamless as possible.
All the best,
Jezper Söderlund[a famous DJ in his own right]

Sent from my iPhone

So, for everyone who had the same question, here’s your answer. The iPad won’t be able to tether with the iPhone. It really could have been a great feature, people could buy the WiFi version, and if they had an iPhone, they could tether the data connection it gets with the iPad, so you could basically have access to the internet on your iPad. The benefits? Saving money by purchasing the cheaper WiFi version, rather then the more expensive 3G version, as well as having a bigger screen for internet browsing.