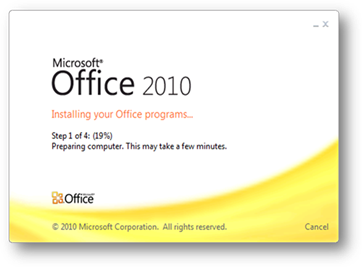 After the successful launch of Windows 7, Microsoft announced on Friday that Office 2010 will be officially launched at an event planned for May 12.

Microsoft has arranged an event on May 12 for the release of its much expected product, where they will make Office 2010 publically available for Enterprises with Volume License agreements. Consumers will not be able to buy this product until June.

Another interesting news is that customers who purchase Office 2007 and activate it between March 5, 2010 to September 30, 2010 will be offered a free upgrade to Office 2010. Copies will be offered online and via download, at no additional cost.

So, it is very important that if you purchase any copy of Office 2007, make sure that it is eligible for MS-Office 2010 upgrade.