Recently, Apple seeded the first beta of iOS 14.5 and iPadOS 14.5 to developers for testing. In iPadOS 14.5 beta a new emoji search and landscape boot screen are discovered and users are ecstatic. In last fall, Apple introduced emoji search in iOS 14 but did not release it in iPadOS 14. Developers @Matt Birchler and @Steven shared their discoveries on Twitter.

The iOS 14.5 beta update brings new features like Face ID unlock while wearing a mask via Apple Watch, 5G in dual-SIM mode, app tracking transparency controls, support for PlayStation 5 and Xbox Series X controllers, and more. In addition, a new Apple Card Family feature is also found in iOS 14.5 code which would allow a cardholder to invite up to 5 family members to share a credit card via iCloud Family Sharing. iPadOS 14.5 has small but noticeable changes like the aforementioned features. 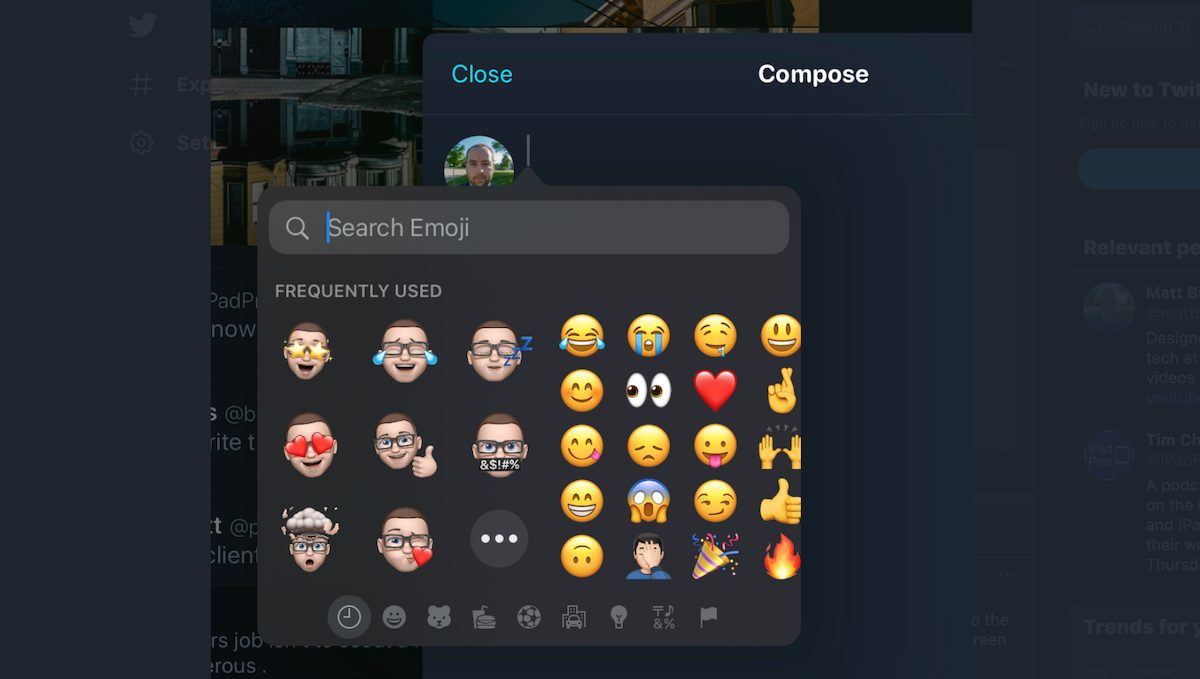 @mattbirchler shared an image of the iPhone like emoji search section on iPad.

More good news for iPad users who own a Mac as well; Apple has begun the process of building iPhone and iPad apps for Mac. Recently, the company invited developers to join its online events on building apps and features available across all platforms. However, it is presumed that the company will offer iOS and iPad apps on both Intel and M1 Macs for some time via universal app binary.

As per the shared invites, Apple is hosting three developers’ online events: Building great widget experiences, Bring Your iPad Apps to the Mac, and Building Great App Clip Experiences. It is likely that these events will be the same as the various developer sessions held at Apple’s World Wide Developer Conference which was online in 2020 due to the COVID-19 pandemic.