In a blind camera test conducted by YouTube MKBHD, iPhone 12 Pro Max lost to Asus Zenfone 7 Pro, and One Plus 8T. A blind camera test is one where the same photos captured from various smartphones are shown to users to vote upon, without sharing information about which smartphone they were captured with.

MKBHD had conducted the annual unscientific blind camera test on Twitter and Instagram, over the past few days and posted a final video where he announced the participants and the results. There were over 10 million votes in this year’s blind camera test. It is important to note that the tests relied on the default camera app in all the participating smartphones, without any tap to focus, or post-capture edits. The test scenarios included photos that show skin tone, color science, dynamic range, and other camera features in action. 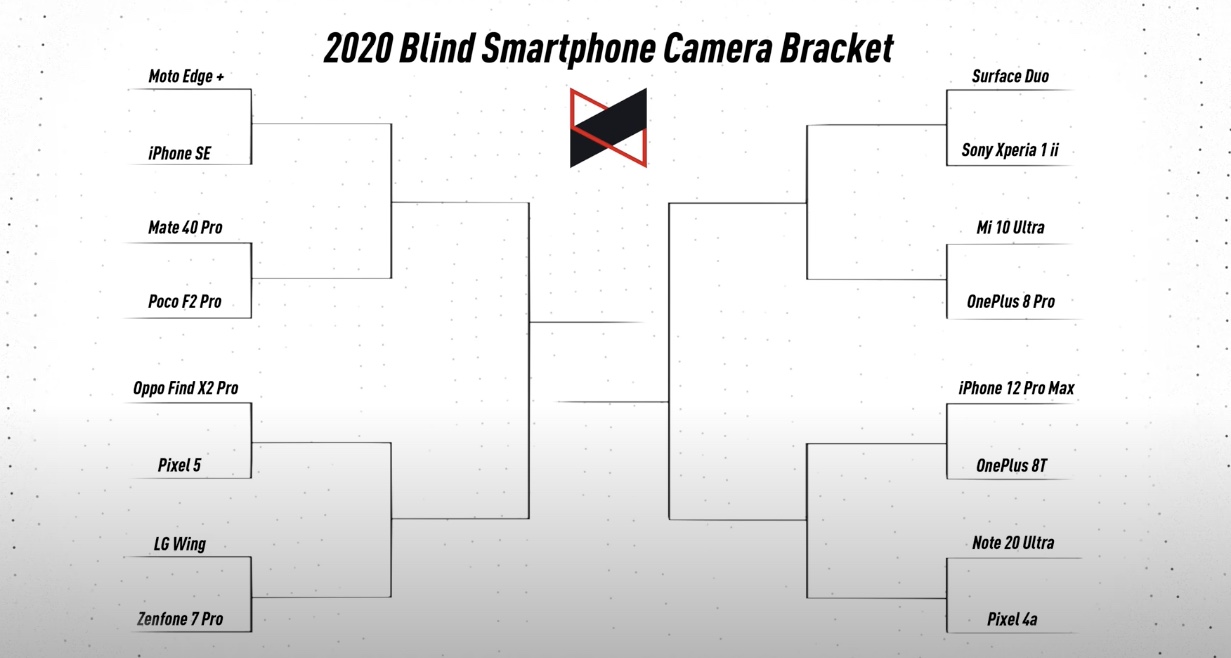 Of course, as our post title suggests, the winner is a surprise to everyone: Asus Zenfone 7 Pro. This is the same smartphone that has a flip-around camera module, so you use the same camera module for front and back cameras. Users voted on it as the most consistent performer in all situations. Asus Zenfone 7 Pro was up against LG Wing in round 1, so it is no surprise that it easily won. However, in round 2, it was up against Google Pixel 5’s aging camera, which could not hold its own despite all the computational photography wizardry it offers. Google’s other phone in the bracket, Pixel 4a, lost to Samsung Note 20 Ultra, while iPhone 12 Pro Max lost to OnePlus 8T in round one. Note 20 Ultra beat OnePlus 8T in round 2.

With all things said and done, Asus Zenfone 7 Pro beat Mate 40 Pro and Xiaomi Mi 10 Ultra, to be crowned this year’s winner.

Here were the top four positions:

MKBHD explained that users have a habit of picking the brighter photo when selecting between two, however, white balance played an important part this year. He also said that the reason that iPhone has never won the blind smartphone camera test is that it does not saturate photos, as users prefer vibrant colors when comparing photos. Lastly, photos in the test appeared differently to users on both Instagram Stories and Twitter due to the way these platforms compress and render images. This does not even take into account the displays that users viewed these photos on, and how that impacted the voting choices.

It is important to remember that despite the results of this test, iPhones are still some of the most popular cameras in the world in terms of real-world usage. This test also did not take into account features like video recording, optical zoom, ultra-wide lens, night shots, and more.