According to a new report, rather than the new battery percentage Apple introduced in iOS 16, the upcoming iPhone 14 Pro and Pro Max will feature the classic battery indicator as featured on iPhone models without a notch. The return of the classic indicator will be made possible by the new pill-shaped notch.

As per images shared on the MacRumors forums, the classic battery indicator will soon make a comeback with the iPhone 14 Pro models. So, users will be shown the battery percentage beside the battery icon.

In addition to this, the report suggests Apple will move the cellular signal indicator to the left of the device. In addition to this, we do not know if the classic battery indicator will be shown when the iPhone is unlocked since the time will need to be displayed on the status bar as well. 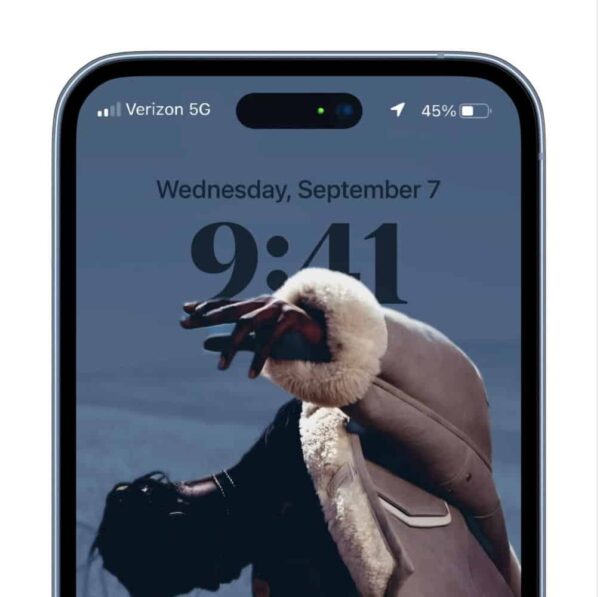 In related news, it was recently rumored that the camera and microphone privacy indicators on the iPhone 14 Pro are going to be much brighter than the rest of the display so that they can easily be spotted, especially when the device is being used outside in the sunlight.

In addition, it was revealed that the indicators will appear slightly to the right in the cutout, between the components that will be used for Face ID. When the privacy indicators are not active, they will be black, making the pill-shaped cutout much more cohesive, even with all the elements it will store.

Apple’s next-generation iPhone 14 lineup is expected to be unveiled on September 7 at its special fall event “Far Out.” Along with the new cutout for the display, the iPhone 14 Pro and iPhone 14 Pro Max are expected to get the A16 chip, a new 48MP rear camera, an always-on display, and much more.