After watching all the great features in iPhone 4 for the iPhone and iPod Touch, everybody would be anxiously waiting for the launch of OS 4.0 (some even want to try its beta version!). But with all the great news we also have some bad news. 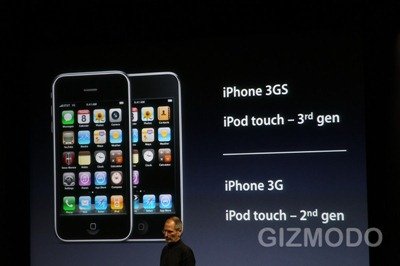 The bad news is that if you have an iPhone 3G it would be a big surprise for you that you would not get the full features of OS 4, and insult to injury is that multitasking, which is the biggest feature of iPhone 4, would not be available for 3G. The same applies to iPod touch 2G- if you have an iPod Touch 1G than you won’t get any upgrade at all and if you have a second generation iPod Touch then you’ll get limited updates which would be again without multi-tasking. And all iPad owners, you will not get iPhone 4 until fall of this year.