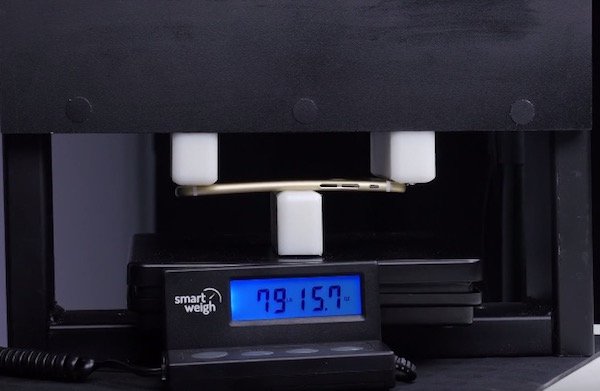 In case you did not know, iPhone 6 Plus had to face a bendgate scandal, where users claimed that the phone bends far too easily in their back pockets. Apart from the serious question of why would anyone put their phone in their back pocket and sit on it, many users on YouTube bent their phones to demonstrate that the new product could be bent using hands.

This lead to many comparisons against other flagship smartphones, with Samsung’s phones a bit more stronger than iPhone 6 Plus and HTC’s phones bending with lesser force. Reports of bent units were far and few in number but with all things Apple, they get a lot of attention from the media.

As expected, the new iPhone 6s Plus has been put through bending tests and the results are on YouTube. One of the videos is by FoneFox in which they try to bend the phone using their bare hands. When it does not bend, they put two guys to bend it together, after which they achieve some success but the iPhone remains fully functional.

Unbox Therapy, popular for bending the last generation Plus model, put the new iPhone to test by using a machine. However, he only had the back frames of the phones to compare against each other. This video came out around 3 weeks back so we are not sure how he got the back plate for 6s Plus. The machine used to test the back plates measures the pressure and shows the reading in real time.

Results: iPhone 6 Plus back plate bent at 30 lbs of force where as iPhone 6s Plus bent at 80 lbs of force. That is a massive improvement.

Whether the device is bendable or not, it is always a good idea to treat such expensive products with care. Sitting on a phone or trying to bend it is never a good idea.