A lot of Android users are seen complaining about the lack of widgets in iOS. Apple hasn’t yet introduced any sort of Android or OS X Dashboard like widgets in iOS in its 6 iterations. The only widget-like interface it has in iOS 6 are the weather and stocks widgets in notification center along with Facebook and Twitter update buttons. However, as with all things jailbreak, this wish is also fulfilled thanks to a new tweak in Cydia called iWidgets. 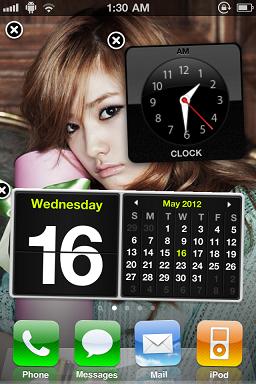 iWidgets lets you add widgets identical to the Dashboard clock and calendar widgets as well as many others. They are made in HTML and don’t support retina display unfortunately. Widgets can simply be added to the home screen by a long press on any empty area of the home screen. A screen shows up where widgets can be enabled or disabled. Application icons don’t wrap around widgets automatically, like they do in Android 4.1 Jelly Bean, so you’ll have to create empty spaces to place them. Removing widgets is as easy as removing apps in iOS. 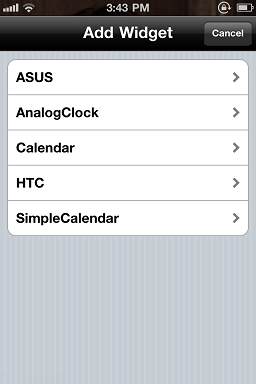 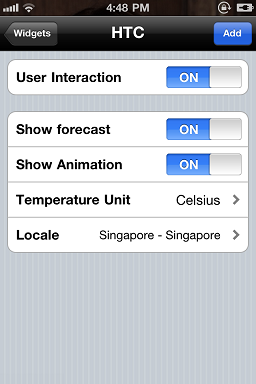 A number of third party widgets are also available such as those that look like the ones on HTC and Asus Android phones, which can be download from here. You would need to use something like iFile to install them though. You can also find instructions on developing new widgets, in case you’re interested.

iWidget is available for free in Cydia under the ModMyi repository. You’ll need a jailbroken iPhone to be able to use Cydia and install this tweak.