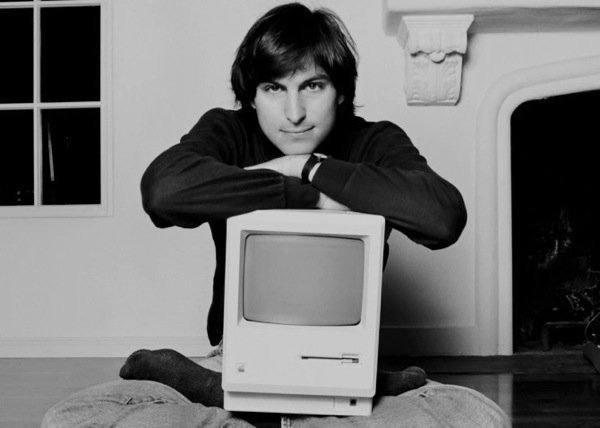 It’s a sad day of remembrance for many who loved Steve Jobs. It’s been one year since he passed away. He revolutionised the industry by introducing Apple, currently the most profitable technology company in the world. A company that revolutionised not only the personal computer industry but also digital media and many hand held devices.

Apple’s CEO, Tim Cook has taken over Apple’s website home page along with a video that features a montage of Steve Jobs’ popular quotes and famous pictures. It includes some of his most popular product announcements that changed the world and also shows what his vision was – to skate to where the puck would be, instead of where it is. Here’s the complete letter by Tim Cook: 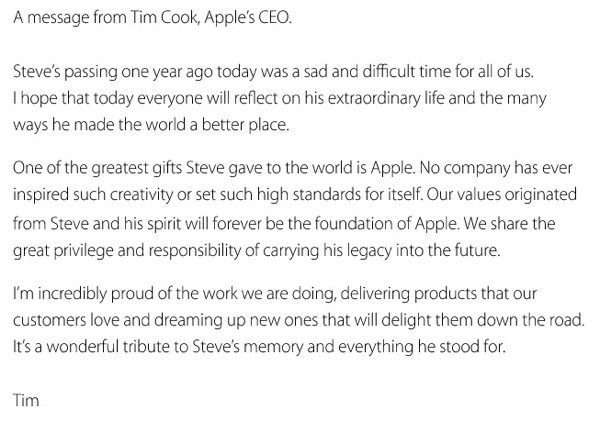 The complete video montage can be seen below

Not only Apple, but the whole technology industry can be seen paying tributes today to Steve Jobs today. You can find articles on CNN, Wired, Patently Apple, NBC, BBC and other publications. The City of Cupertino will fly the city flag at half-staff today out of respect. Various other media channels are also carrying tributes to Steve that can be seen through out the day.

Steve Jobs will forever be missed.