The King of controversies, Kanye West, is stirring up yet another storm. In his recent series of Tweets, West is persuading the heads of rival music streaming services, Apple Music and Tidal, to resolve their issues amicably and permanently for the betterment of music artists and listeners. West calls upon Tim Cook (CEO of Apple) to let go of his hard-line negotiations with Jay Z (owner of Tidal). 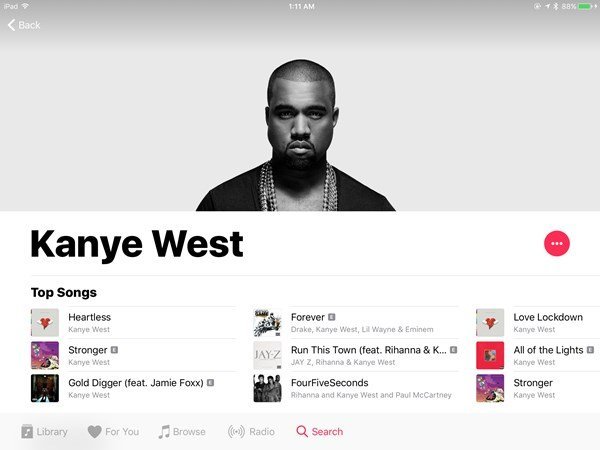 Tidal is a music streaming site with 4.2 million subscribers and is co-owned by singers like Jay Z, Beyonce, Kanye West, Nicki Minaj, Rihanna, and others. Tidal is in direct competition with Spotify and Apple Music. Rumors have been making rounds on the Internet that Apple is in talks to acquire Tidal, although nothing has materialized yet. Kanye’s tweets might be the validity these rumors needed that Apple and Tidal have been in talks for sure.

In the next tweet, Kanye not only directly called out the personnel involved but also gave a suggestion to meet in a board room and sort the issue out.

Then in a crass manner, he pointed out the victims of the feud, kids who enjoy music.

With his late tweet, he got to the point, straight away asking Cook to buy Tidal from Jay Z.

Ostensibly, it looks like West is fighting for kids who love music, but he has an ulterior motive. West’s latest album The life of Pablo, was first released on Tidal with the loud declaration that he will Never, Never, Never release it on iTunes.

However, as we all know, Kanye West changed course and made large profits when his album was made available on Apple Music. As spectators, we can safely assume this to be a cry for help or an attempt to break away from the limiting tradition of releasing music via one streaming music service. But one thing is for sure if Apple decides to buy Tidal. The addition of Tidal’s artists to Apple Music will surely give it a boost and an edge over Spotify.