Finally, we have a new Messenger app for Windows Phone 7, Li’Messenger that’s actually pleasant to use although with some features lacking that might get resolved in the next version, we hope. Li’Messenger is a free app without any ads and seems way faster than the semi-official Messenger app that was already available in the MarketPlace which honestly, no one likes. Li’Messenger, on the other hand, has a small footprint, it’s fast, designed using Metro in mind and connects directly to Windows Live. It also supports signing in from more than one place so you can be signed into Messenger from your desktop, Xbox, and your WP7 at the same time. The Messenger app by Miyowa doesn’t allow this. 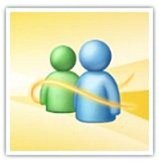 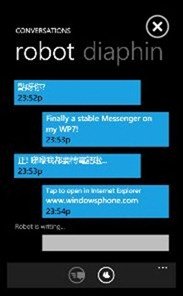 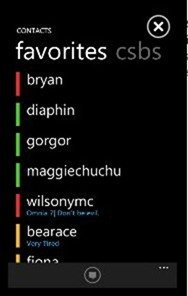 Here’s why it’s fast ( and also the missing features ). The UI is extremely minimal, there aren’t even any display pictures. You can’t add/remove friends. You can’t see their email addresses so you can get confused if two people on your contact list have the same names. There are no push notifications so you miss out on messages. The reason behind this, according to the developers, is that users aren’t comfortable sending login information through their servers. Umm, iPhone users do that all the time for their IM apps, so that’s not true. Second reason is that they’ll need financial support for servers and will have to put ads in the app to keep it free. And the major reason is that they wanted to push out the app to users asap. I’m fine with number 3, but I’d love to have push notifications support in return for ads on this app.

Whether you will like this app over Miyowa is truly up to you. My initial impressions of Li’Messenger have been much better than the crap that Miyowa have put out. Using a good messenger app is only a dream on Windows Phone 7 so far, but if you really need one, we’d advise you to give Li’Messenger a look – at least you’re able to log in and exchanges messages with your contacts, which you can’t do with Miyowa’s Messenger.