According to 9 to 5 Mac, who downloaded the Mac OS X 10.7 Lion developers release today, the multitouch scrolling in Lion is the reverse of Snow Leopard. In Snow Leopard(default), dragging two fingers downward would scroll down the page, and dragging two fingers upward would scroll up the page. In Lion, dragging down scrolls up, and vice-versa. This method replicates the same motion made on iOS when scrolling, and definitely takes a while to get used to. While you can change it back to the Snow Leopard style of scrolling, 9 to 5 Mac and I believe that this is a very strong indicator of where Mac OS X is headed in the future. 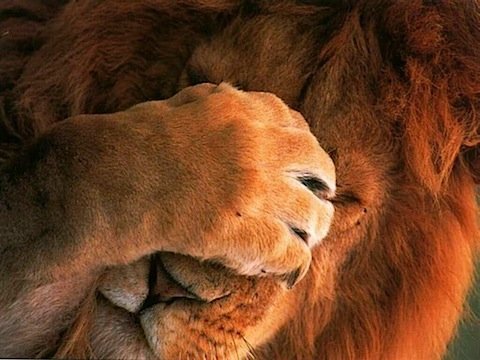 Above: a rather disgruntled lion re-learning to scroll

You can see the 9 to 5 Mac video demonstration below.