A new Metro Style Webcam App for Windows 8 has been caught on video. Right after we showed you the leaked footage of Android-like logon prompt in Windows 8, it is the new Metro style Webcam Capture Application on video, demonstrating how the new app utilizes Metro UI style visuals and controls. The application is a part of Microsoft’s touch-enhanced tablet experience which is planned to be incorporated in the next-gen Microsoft Windows based tablets. 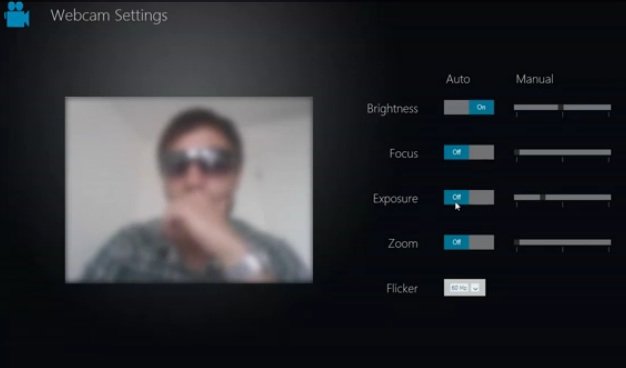 Windows 8 is Microsoft’s latest operating system, slated to be released in 2012. It will be compatible with desktop and touch based devices and will ship with a new interface called Metro. Utilizing the concept of tiles, Metro on Windows 8 borrows heavily from Windows Phone, which also uses tiles as app icons and widgets that shows image and text updates from different data sources.

While Windows Phone hasn’t been successful yet, Microsoft believes in Metro enough to bring it over to the desktop and tablet environments. They have a totally different take on how a tablet should be, compared to the iPad, by introducing features such as system wide sharing via charms, quick app switching using gestures, touch friendly apps and many more. Whether these would be enough to pull users away from the likes of iPads and the slightly popular Android tablets is yet to be seen.