Engadget reportedly got some photos of Windows Phone 7 in their mails – in lego. These are apparently invites being sent out to executives for an Executive only event on 10th November. A “brick” phone (if you will), a USB stick, and a message saying “The real one is coming”, is what’s included in the invites. 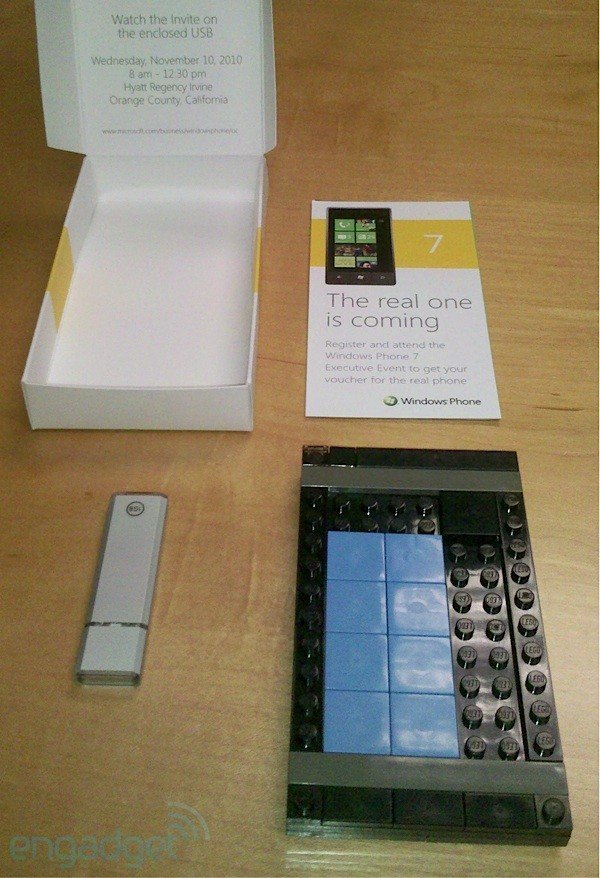 Some might think Microsoft is getting fun and creative sending out lego phones for invites. On the other hand, others might think there’s no genius in their creativeness. What lego might have to do with Windows Phone 7 is beyond me. If they were going to send out lego phones, they could have definately looked much better than what they apparently look in the picture. Microsoft is set to launch Windows Phone 7 on the 11th of this month in New York City.